The Seafood Capital of the Carolinas?

Locals have often wondered about the veracity of Hampstead’s self-proclaimed moniker, so a longtime resident searches for its origins.

Regardless of how you enter Hampstead – from U.S. Highway 17 N., U.S. Highway 17 S. or N.C. Highway 210 W. – you are greeted by a large wooden sign featuring the mast of a ship and the words “Welcome to Hampstead.” The sign on Highway 210 adds “We Know You’ll Like It Too!” while the signs along Highway 17 designate the town as the “Seafood Capital of the Carolinas.” As someone who has lived in Hampstead for more than 20 years, I’ve often been curious about the seafood capital slogan, so I did a little sleuthing and here’s what I found. 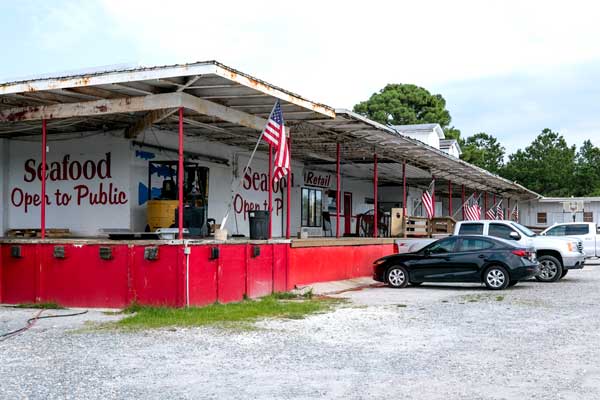 Who Coined the Slogan?
Early in my quest, I reached out to Tammy Proctor, Pender County Director of Tourism, Public Information Officer. Although she didn’t know who was responsible for the slogan that proclaims Hampstead as the Seafood Capital of the Carolinas, she did share that at least one of the signs was the result of a Boy Scout project many years ago.

With some help from a friend affiliated with the local Boy Scout Troop, I was able to connect with Martin Kegel, the former Boy Scout who earned his Eagle Scout status back in 1986 by completing the “Welcome to Hampstead: We Know You’ll Like It Too” sign on Highway 210.

“While it was my project, it wasn’t a solo project,” Martin said. “Lots of other troop members, community leaders, parents and friends helped.”

Indeed. I learned that the Lions Club and Kiwanis of Hampstead continue to maintain all three of the signs. When asked how he came up with the slogan for his sign, Martin said that community leaders provided him with the wording. And the “Seafood Capital of the Carolinas” on the other two signs? Unidentified community leaders there, too. 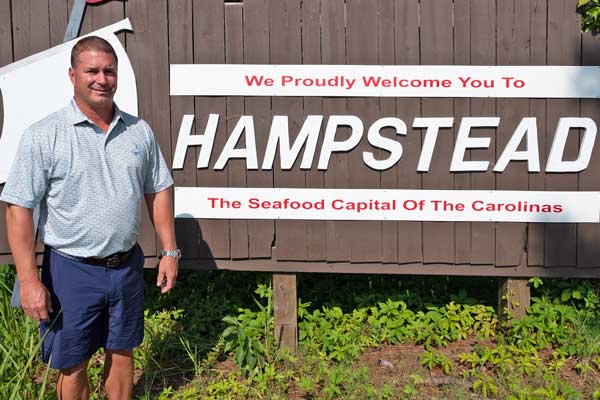 How Did Hampstead Earn This Designation?
Visitors and newcomers often believe it’s a misnomer since there aren’t any dedicated seafood restaurants in Hampstead. These individuals might be confusing Hampstead with Calabash in Brunswick County, which is known as the Seafood Capital of the World precisely because of its plethora of seafood restaurants.

Hampstead’s designation is also a bit confusing since this rapidly growing community builds more waterfront homes than commercial fishing docks. In fact, according to data from the North Carolina Department of Marine Fisheries’ 2019 Annual Report, Pender County has consistently fewer commercial seafood landings than either of its adjacent neighbors (Pender landed 603,266 pounds of seafood in 2018 versus Onslow’s 1,459,550 pounds and New Hanover’s 1,049,704 pounds).

So why would anyone name Hampstead the Seafood Capital of the Carolinas?

Many Hampstead residents respond that it’s because of the town’s seafood distributors: the former J.H. Lea & Sons and the current Atlantic Seafood (located near each other for years along Highway 17 in Hampstead, the two eventually merged in 2008). Indeed, Atlantic Seafood’s website states that over the years they have “concentrated on buying fresh products, [building a frozen department] and developing strong ties to the packing houses and fishermen, which [has given] Atlantic Seafood the buying power to control the market in the Deep South.”

According to Kegel, there’s another reason the town may have obtained its community leader-proclaimed status.

“The Spot Festival was the mainstay in Hampstead,” he said.

Ah, yes – the Spot Festival! How could I forget the annual celebration of that particular fish? Hampstead has been frying them up for the masses every fall since 1963 as a fundraiser for the local fire departments and schools.

Going to the N.C. Spot Festival website, I was surprised to discover a photo of the 1972 Spot Festival book cover (and subsequent covers) that advertised Hampstead as the Seafood Capital of the Carolinas. A photo of the 1970 cover, however, did not mention the designation, and a 1971 cover was not available, which implies that Hampstead has proudly borne the name Seafood Capital of the Carolinas for 48 years. 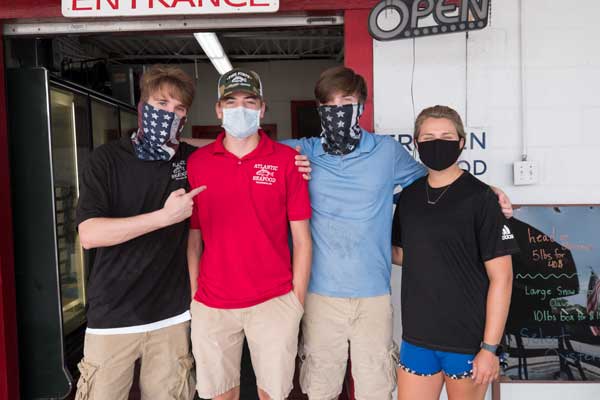 Because Hampstead is situated directly across the Intracoastal Waterway from Topsail Island’s marsh habitat, this leads into an exciting new aquaculture industry, especially as it pertains to oysters. Hampstead is currently home to at least one successful oyster farm that is under consideration to be part of the new N.C. Oyster Trail being developed by North Carolina Sea Grant and the North Carolina Coastal Federation.

The purpose of the N.C. Oyster Trail, according Jane Harrison, coastal economics specialist at North Carolina Sea Grant, is to “connect tourists and visitors to oyster mariculture as well as oyster history and the ecology of oysters.” Oysters play a special role in the ecosystem because they’re filter feeders so they improve water quality, she says. By farming oysters, farmers are adding oysters to the waters versus taking them away from the environment. “It’s a further layer of sustainability from an environmental standpoint,” she says.

Harrison says the oyster farm tours will be unique in that most of them will be accessible only by boat. “And once you’re out there, you can actually eat oysters right out of the water – you can get that experience of what truly fresh seafood is.”

Regardless of the success of oyster farm tours, Hampstead doesn’t have to worry about losing its title of Seafood Capital of the Carolinas anytime soon. According to local resident Bert Lea, Jr., the motto has been officially recognized by the state for decades, and generous donors continue to pay the state a multi-year fee to ensure Hampstead retains its designation.

In the end, regardless of who, when or why the slogan was created, it’s apparent that the residents of Hampstead continue to consider it a fitting source of pride.

Top 5 Types of Seafood Caught at Topsail Sound in 2018 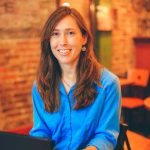