The Rise of EVs

In honor of Earth Day, we shine a light on a few electric vehicle owners.

For three families in one neighborhood in Surf City, helping the environment means owning an electric vehicle (EV).

Pirate’s Cove residents and EV enthusiasts Don and Sherry Hamilton, Eric and Matthew Sills and Rebecca and Brian Moxey all plug in their Teslas just as easy as most people plug in the coffeemaker.

The Hamiltons are the old-timers in this crowd of EV owners. Sherry bought her Tesla 3 in 2018, and with a charging station at their home, the car usually has a “full tank.” With Tesla’s Supercharging stations located across the country and a car that can go 310 miles on a single charge, Sherry easily made a trip to see family living more than 725 miles away. Throughout 2020, the car was the Hamiltons’ pandemic escape as they often took Sunday drives to break the monotony of staying at home. 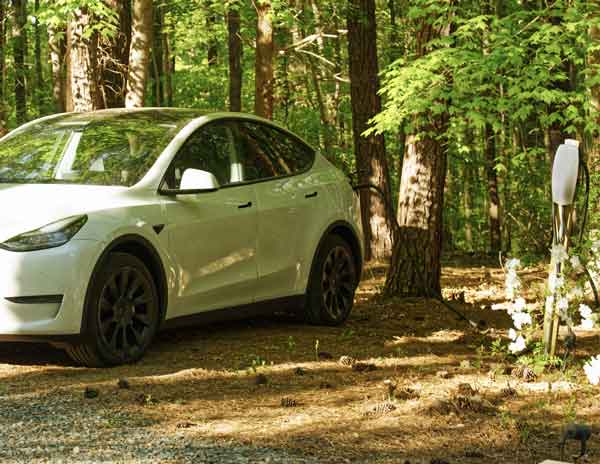 Neighbor Brian Moxey has had his car less than six months but already is enamored.

“No maintenance, no oil to change, no problems charging it, and I typically meet some friendly, like-minded people at charging stations,” he says. “No one buys these cars if they aren’t concerned about the environment. I’ll never have a gas-powered car again.”

Moxey also has a home-charging station for his Tesla Y.

Eric Sills leased a Tesla 3 in 2019 to replace a hybrid Prius and loved its performance. In 2020 he bought a Tesla Y for its spaciousness. It sits higher and is easier to get in and out off, he says, adding that he appreciates the frequent software updates. “Both vehicles do things now that they could not when I bought them,” he says. 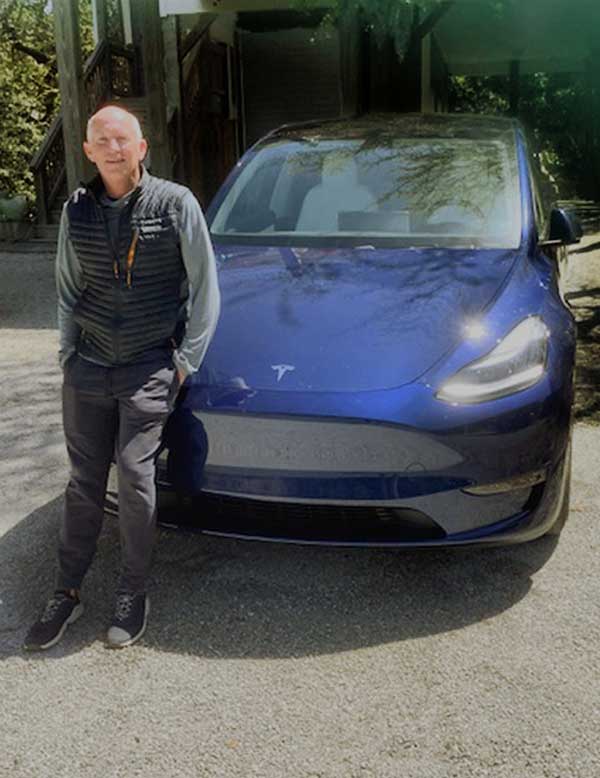 These energy-efficient Surf City residents also favor geothermal pumps, which are approximately 30 percent more efficient than most air-source heat pumps, and all-electric yard tools. The Sills had hoped to install a solar roof but found the current shingle roof needed replacing sooner than the solar-roof technology was available.

These Tesla owners also like the fact that their cars are manufactured in America.

“The batteries are made in Nevada, and the cars are assembled in California,” Don Hamilton says. He also enjoys the low-maintenance costs, saying he has only replaced windshield washer fluid in the two years they have owned the car.

While Tesla is the car of choice for these Topsail Island residents, several manufacturers produce EVs. Both Duke Energy and Plug-in nc offer information about electrical vehicles.

For more information, go to:
duke-energy.com/energy-education/energy-savings-and-efficiency/electric-vehicles/choosing-your-evpluginnc.com/about/