Developed amidst segregation in the 1940s, Ocean City Beach was a community on Topsail Island where Blacks could enjoy home ownership and life on the oceanfront.

At a time when segregation was the accepted norm and Black people were not supposed to own property, let alone beachfront property, Ocean City Beach was born and, indeed, thrived. The brainchild of a white man in Wilmington, Edgar Yow, the development on Topsail Island came out of the hard work and dedication of a Black man, Wade Chestnut, and his family and friends.

Yow was a lawyer in Wilmington who purchased land on Topsail Island after the military was done with it. 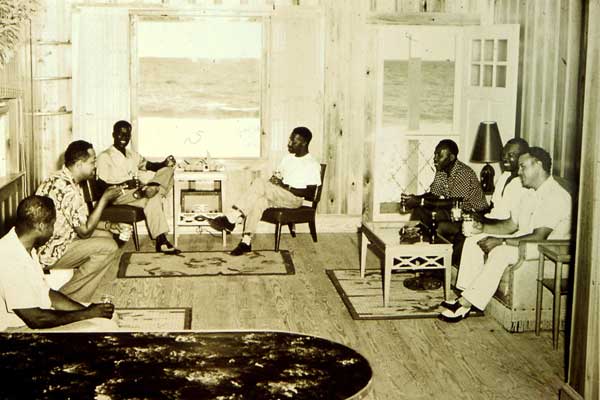 Previously, the entire island had been part of Camp Davis, which was active in missile testing and other activities during World War II. After the war, the government made the island available for private development.
Yow had a vision of African-Americans being able to purchase oceanfront property. He originally suggested the idea to his friend Dr. Samuel Gray, a Black physician also based in Wilmington. However, Dr. Gray was not able to devote the time it would take to establish such a community on what was then a fairly remote island.

He mentioned the idea to his friend Wade Chestnut, who had an automobile repair shop on the north side of Wilmington.

Chestnut’s son, Kenneth Chestnut, says, “Dad was intrigued by the opportunity to develop this area. He left the business and dedicated his life to developing Ocean City.” Not surprisingly, Yow faced some difficulties with his vision of encouraging Black people to own oceanfront property and faced criticism for what he was doing.

Kenneth says, though, that this and later actions on Yow’s part showed Yow to be a kind and considerate man who stood up for others’ rights.

Chestnut and his wife built the first home in Ocean City Beach in 1949 and were joined by others, including Dr. Gray and Chestnut’s siblings. Along with Yow, they formed an integrated corporation, Ocean City Developers, Inc. They then built a restaurant in one of the towers left on the beach by the military and added a fishing pier to it in the 1950s. A hotel was also included in the development of the community, which originally encompassed Stump Sound and land along what is now known as Island Drive.

Unfortunately, most of the homes were cinder block construction and were not built on pilings. In October 1954, Hurricane Hazel devastated the area and “wiped everything out,” Kenneth says. Everyone rebuilt. And then more people bought land to build homes, although getting the money to do so was challenging at the time.

The Chestnuts organized and hosted a lot of activities, including an oyster roast, designed to entice more Black families to look at the possibility of owning property on the island, and the community began to grow. 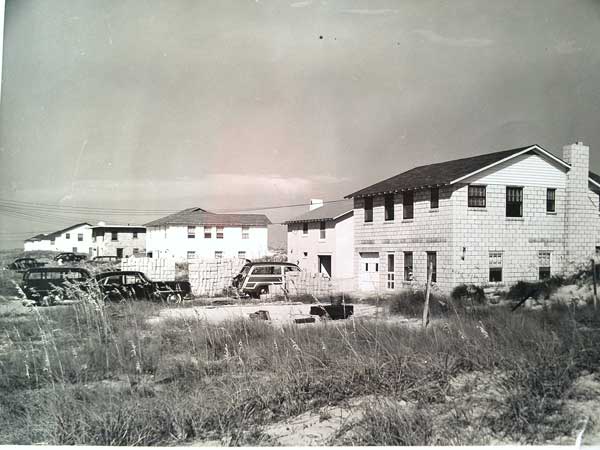 The owners emphasized that Ocean City was to be a family-friendly environment, where everyone would feel safe and would be able to enjoy themselves without worry.

They faced some challenges. There were incidents of vandalism, as Kenneth says, because “people didn’t think African-Americans should have the opportunity to buy oceanfront property or to be there.” Yow himself faced criticism for helping to establish a Black community on the island.

Remembering the character of Yow and the challenges Ocean City Beach residents faced, Kenneth recalls a story about returning to the island from Wilmington as a young boy after a storm. He and his father were with Yow when they stopped at a small store along Island Drive.

“Mr. Yow asked if I wanted a soda,” Kenneth says. “He insisted. I said no. I knew I wouldn’t get served, but Mr. Yow insisted. He told the person behind the counter to give me a soda. That was an indication of who Mr. Yow was. It also tells you about the times we were in.”

The challenges also involved the lack of infrastructure. There were not enough electric lines to power the development and no police force. Ocean City was developed long before North Topsail Beach came into existence, although it is considered to be part of the town now. Residents chipped in the money necessary to install streetlights.

The Ocean City Fishing Pier was very popular. “People were about fishing,” Kenneth says. “It didn’t matter what color or what you looked like, people came together with the common interest of fishing.”

But then more hurricanes, Bertha in July 1996 and Fran in September 1996, totally wiped out the pier and the restaurant.

The community’s chapel, which still stands today, was another major component of Ocean City Beach. The families were very active in the Episcopal Church, Kenneth explains. Built in 1957 and originally called St.

Mark’s Episcopal Chapel, the chapel was renamed to honor Kenneth’s father. Now known as the Wade Chestnut Memorial Chapel, it is still open during the summer for residents and visitors to the island.

Ocean City was also home to a camp for Black children beginning in the 1950s, since they were not allowed to participate in summer camps that were designated for white children only. Camp Oceanside thrived on the grounds of the chapel until it closed in 1985.

Today, the Ocean City Beach Citizens Council, with Kenneth as its treasurer and Carla Torrey, daughter of William Eaton, the original contractor for the development, as its president, advocates for the community and hosts events such as the Jazz Festival.

During normal times, the festival would bring in around 2,000 people including performers from across the country, plus vendors, food trucks and artists. For 10 consecutive years, until 2020, the festival raised money for the community and helped educate people about Ocean City and its history. Kenneth anticipates the festival being held virtually this year, as they “don’t want to go two years without having anything.”

Events have been the norm for Ocean City since the beginning. As an active, close-knit community, the homeowners would share dishes at gatherings. Many of the women would go crabbing, with the kids carrying the baskets and nets, all having to make their own path through the sand to get to the inlet. They would then make crab gumbo and deviled crab to share with their neighbors.

The culture of Ocean City remains the same today, even though the make-up of the residents looks a little different as the days of segregation are gone.

With its adventurous beginning and rich heritage, the community has been designated as an official stop on the Jacksonville Onslow African-American Heritage Trail.

Commemorative street signs were installed about six years ago to mark the areas that encompass the Ocean City Beach community.

Kenneth Chestnut moved back to the island when he retired, after spending many years in his professional career in different areas of the country. He is happy to be back home, he says, because it’s “a great place to be.