The Building of Burrito Shak

Dave Longo shares the story behind the business he and his wife, Kara Longo, started in 2015 in Hampstead.

When David Longo couldn’t find any local restaurants that served up tasty, quality dishes for his kids (besides the obligatory chicken nuggets, applesauce and fries combo), he decided to take things into his own hands — those of an executive chef. And in 2015, Burrito Shak was born.

Longo and his co-founder and wife, Kara Longo, wanted to keep things simple, founded on a delicious, chef-inspired menu with affordable prices in a fun, quick-casual dining atmosphere. Their idea caught on, and now there are seven Burrito Shak locations from North Carolina to Arizona, with two to four more locations within the franchise projected to open in the region within the year.

Longo says their franchise consultants thought Burrito Shak was a great candidate to franchise because of the business model’s easy duplicity.

“Everything just kind checked off all the boxes,” Longo says. “And the model has done extremely well through COVID, especially when there was just takeout and to-go. We were kind of built for that.” 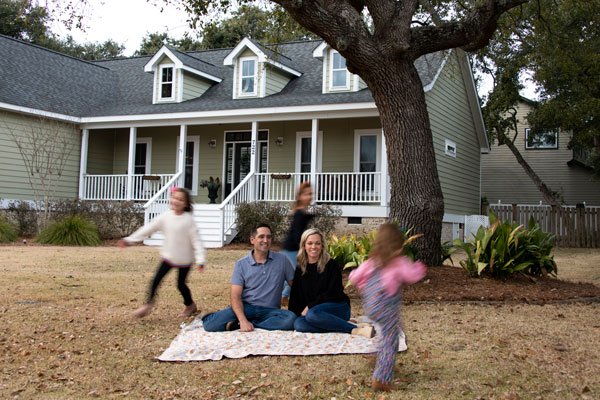 Born in Wilmington, Longo grew up in the Topsail Beach area. He attended University of North Carolina Wilmington before deciding he’d rather go to culinary school, so he enrolled in Johnson & Wales University, which was in Charleston at the time.

He worked in a few restaurants in Charleston, then moved to Hawaii to work and surf.

“That’s kind of where I started to think of the idea of a fresh, surfer, beach-type vibe,” he says.

At 20, Longo returned to his Carolina stomping grounds to work his way into executive chef positions at various restaurants, including Castle Bay Country Club and Beauchaines.

After 23-plus years of working in the restaurant industry, it all culminated into the next chapter of Longo’s culinary career with the opening of the first Burrito Shak in Hampstead in 2015. 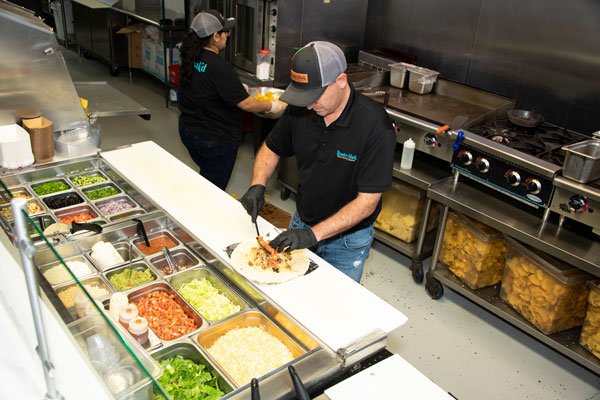 “Originally, I had worked in restaurants for so long, and the hustle of working in a kitchen was just all I loved to do,” he says. “So advancing my skills in the culinary field was the next step to achieving my goals.”

Two years after they opened, Burrito Shak proved their staying power and customer loyalty by being voted as No. 1 Tacos in North Carolina, beating over 63 other competitors in an elimination-style taco tournament.
“There were quite a few restaurants from Wilmington competing in that, but we ended up winning,” Longo says.

“We’ve only really marketed in North and South Carolina, but they reached out to us because they read about us in an article,” Longo says of the Arizona franchisees. “We got to meet them and we really liked them a lot. It’s a little different in that location, with different challenges, but we couldn’t ask for anybody better to do it.”

The Longos show their support to all of their franchisees; one of the tenets of Burrito Shak’s mission to offer a path to other entrepreneurs with a dream like their family first had. Their other mission is a dedication to sharing the family’s love for fresh Tex-Mex flavors in a friendly, beachin’ atmosphere. This combination has created a solid fan base everywhere a Shak pops up. 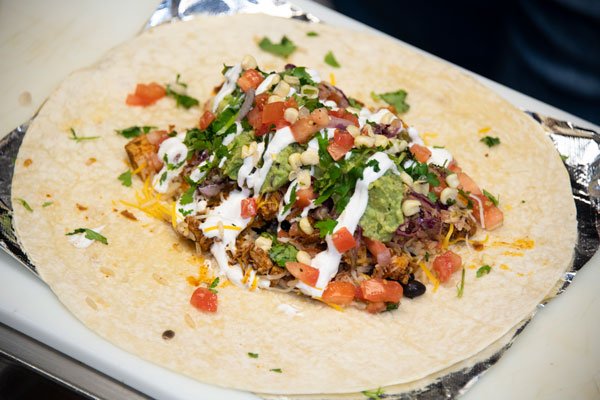 “I still love fine dining food, but this is a creative outlet for an everyday type of meal for lunch or dinner,” Longo says.

In addition to internally supporting their family of franchisees, the Longos also help those in need within the Burrito Shak communities, giving back through fundraiser nights, donations and sponsorships.

“We believe in supporting, and one of our core values is to support the communities that support you,” Longo says. “And the goal from within is to expand at a pace that still provides great support as we build our team.”

Burrito Shak is definitely a family-oriented business. Kara handles most of the company’s marketing and branding, and their oldest daughter, Ava, helps out from time to time on the job. Kara and Dave also have daughters, Adalyn and Amelia.

Want to go?
In the Topsail area, you’ll find Burrito Shak at: