In these parts it only takes one word to spark instant recognition. Doug Medlin, the two-time mayor of Surf City, was 6 years old when Hurricane Hazel took aim at his town. More than 65 years later, he remembers.

By October 1954 Charles Venson Medlin had relocated his family to the coast from Nash County. It wasn’t the original plan. “He came down here to build a house on the oceanfront for his daddy,” Doug Medlin recalls. “That was when Surf City first got incorporated in ’49.”

But Charlie Medlin had an entrepreneur’s heart. He noticed there was no place to purchase ice, and in those times, ice was essential, not just a handy convenience. Charlie became the iceman for Surf City. His Coastal Ice Company sold ice in large blocks for the iceboxes in people’s homes and businesses. “He tried to just hire someone to run it, but that didn’t work out,” Doug says. “So he moved here himself.”

When Hazel hit, Charlie sent Doug, Doug’s mother and his 11-month-old sister to Jacksonville to stay in a motel. Charlie stayed behind. 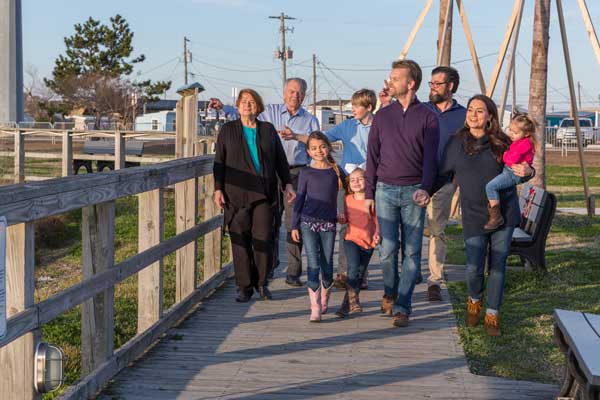 As the hurricane grew in intensity, Charlie and a DOT worker returned to the barrier island in one of the department’s yellow dump trucks to rescue a military wife. They couldn’t find her, and it became too dangerous to continue. As they fled to the mainland, the island’s pontoon bridge collapsed behind them. Although Hazel devastated Surf City, the woman survived in the tower at Ocean City Pier, and the Medlins’ island home, a former government building, stayed intact without even any water damage.

That’s where Doug sits in his office after one of his eight grandchildren greets a visitor. He says he’s fully into the transition of the business into the third-generation hands of Chris Medlin, one of his three grown children. The store specializes in fishing gear, gifts and clothing for ocean sports and leisure. It also serves as headquarters for Chris’ related business of booking charter fishing excursions.

Doug taught science for six years at New Hanover High School before going all-in on the family business. His wife, Cathy, was teaching as well, but the growing family needed more income. As Doug worked with his father to build East Coast’s business, Cathy earned a real estate license and started Island Realty in Surf City. 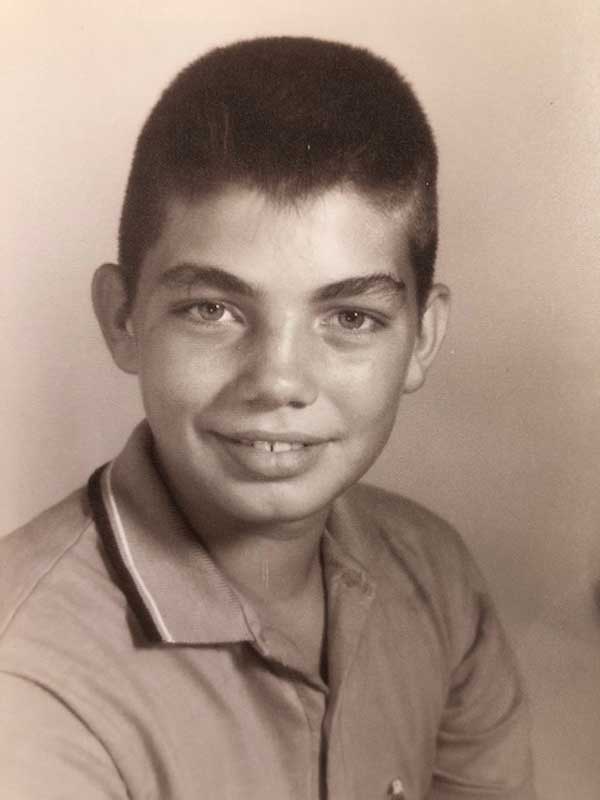 Sewers, of all things, prompted Doug to enter politics in the late 1970s. Like many beach communities, Surf City didn’t have them. Doug saw a need, and an appointed committee position led to multiple terms on the town board and two stints as mayor.

“Our town was beginning to change,” Doug says. “I didn’t want us to be Myrtle Beach. I wanted a nice, family-oriented beach to raise my family.”

It’s no small task for city officials to manage a beach community with a population that explodes to 40,000 or more on summer weeks that flow into hurricane season. Officials expect the 2020 census to put the town’s year-round population at 3,500 — a growth rate of 80 percent in 10 years and a far cry from the 421 residents counted in 1980.

Doug puts himself in the “smart growth” versus “no growth” camp, and the town has used height restrictions and zoning laws to manage its status as a desirable location for vacationers, retirees and others. Doug also points to recent improvements to parks and the annexation of a large swath of mainland acreage, which provided sewer service to the area and grew the town’s tax base.

The most striking recent change is a new bridge from the mainland that opened in December 2018, complete with a pedestrian and bicycle walkway that many other island bridges lack. Doug notes that Saturday traffic could back up for miles onto Highway 17 before the span opened. It replaced the aging swing bridge — the one built after the pontoon bridge collapsed behind Charlie Medlin during Hurricane Hazel.

“The state fought us on that,” he says about the walkway. “But we held our ground.”

And then there’s sand.

Doug laughs when he’s asked if he ever imagined that he’d have to spend so much time worrying about beach sand. As mayor of a community on a barrier island with an engineered beach, such is life. You need expansive sand to attract the tourists that drive the economy, and you battle Mother Nature as more storms and tidal surges amplify vulnerabilities.

“The change in the island is big,” Doug says. “At one time we had two sets of dunes to get to the beach. We lost that first dune in Hazel. We’ve been just trying to maintain that since.”

“It’s the best news we’ve had around here in some time,” Doug says. “We started 20 years ago trying to get this beach nourishment. It’s not to make the beach pretty, but to limit the damage from hurricanes coming in.”

As mayor, Doug just wants to help Surf City maintain its character for the next 20 years.

“I hope it’s still the family-oriented place it is now,” he says. “I just want to see it as a community with a sense of camaraderie, love and working together.

“Some people say you can’t be a community together; that we’re too big now. I say, ‘No, we can still be that.’” 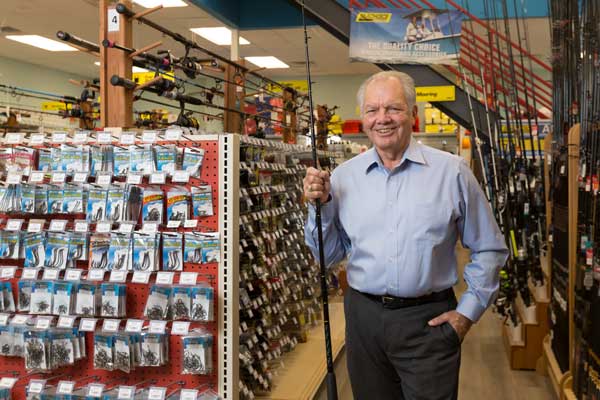 1. What advice would you give to your 21-year-old self?
Work smarter and not harder.

2. What music would you take with you to a deserted island?
Well, since it’s an island, I would need calypso music, Jimmy Buffett and some ’60s music.

3. What TV series are you most likely to binge-watch?
CSI or Law and Order 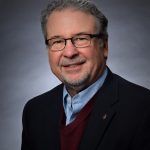 I live in Southeastern North Carolina, where my firm, Fresh Angle Communications, provides writing, editing, marketing and government relations consulting. I am also the author of two novels, Killing the Curse and Season of Lies. My new novel, The Vanished, is set in Brunswick County. I began my career as a weekly newspaper sports editor and became an award-winning reporter, editor and newspaper publisher before retiring in 2019 as executive director of the Ohio News Media Association. I also taught journalism at Penn State and Temple universities and have a degree in political science from Western Illinois University.