Penslow Medical Center in Holly Ridge was the first rural health clinic of its kind in the country in 1977, and it’s still going strong today.

Until the mid-1970s there were no doctors between Jacksonville and Wilmington, other than one provider in Sneads Ferry, who was retiring. Community leaders had been trying to get doctors to come into the area for a long time, and they knew something had to change. The people of this rural area, the native islanders and fishermen with deep familial roots and the military families coming and going, needed access to primary care.

As the local communities were coming together to determine how to solve this issue, the State of North Carolina was also doing something about statewide rural health concerns. In 1973 North Carolina established the Office of Rural Health, the first in the country focused on the needs of rural and underserved communities. The first director of the Office of Rural Health, Jim Bernstein, set up the guidelines and criteria of the program, part of which required that the rural health centers had to have community support to qualify for matching funds. 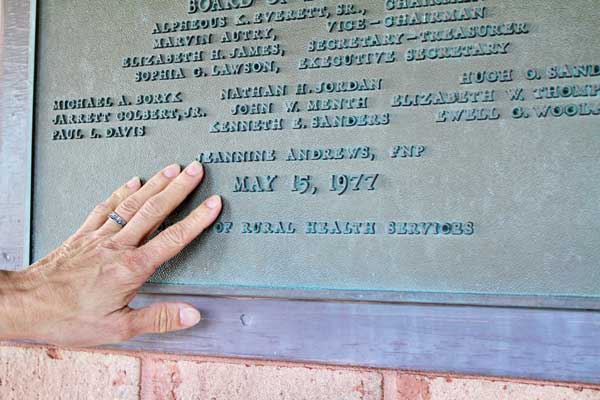 The Herbert Williams family, along with the Town of Holly Ridge, donated land for the clinic. Williams and his family, including his son, Hiram, who is now an area Realtor, also donated $30,000 to help get the medical facility up and running. The resulting clinic came to be known as Penslow Medical Center, and it still serves the people of the surrounding areas in the same location on N. Dyson Street today.

Another stipulation for the center, which runs as a nonprofit, was that it had to have a board of directors. Serving on the first board were Chair Alpheous Everett Sr., Vice-Chair Marvin Autry and member Topsail Mayor Michael Boryk, among many others.

Jeannine Smith, the first nurse practitioner (NP) to run Penslow Medical, says that initially she was not interested in getting involved with the rural health clinic, but a friend encouraged her to apply for a position there. Soon thereafter, Smith was hired to begin work as soon as the medical center opened in May 1977. First, though, she had to get her NP degree. She had worked as a registered nurse since 1951, was the first captain of the Sloop Point Rescue Squad and had worked independently as an industrial nurse for years. 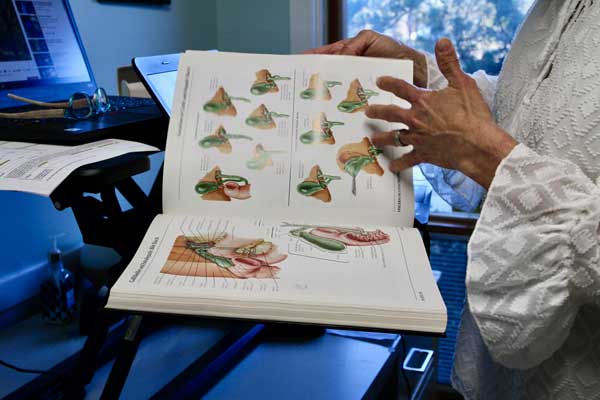 The Office of Rural Health sent Smith to UNC Chapel Hill with paid tuition and a monthly stipend so she could complete her degree. She participated in UNC’s program from 1976 to 1977 and returned to Penslow Medical Center for the grand opening on May 15, 1977. The clinic opened to patients even as some of the building was still being completed, and over the years it has become a necessary and valuable asset to the region.

Smith retired in 1992, and the Town of Holly Ridge declared May 15, 1992, as “Jeannine Day” in honor of her service to healthcare in the community. Today, at the age of 90, she still remembers fondly the early days of getting Penslow Medical Center off the ground. She says she and her team did it all, from patient care to billing and insurance claims.

Holly Ridge is no longer considered a rural area, as far as the Office of Rural Health is concerned, even though the state office is still involved to an extent. Several years ago, Penslow lost two nurse practitioners in quick succession. The board was seriously concerned about the possibly of closing the health clinic’s doors.

Current board chair Irene Villa, who joined in 2012 shortly after retiring from the Pender EMS, says the board reached out to Wilmington Health for help. They met on the Friday after Thanksgiving in 2016 and by the next Tuesday, the clinic was up and running again, with Wilmington Health assisting with staffing and with the business end, “to help the clinic survive,” Villa says. For the past four years, the arrangement has worked well, with Penslow Medical Center continuing to serve those in need and now planning to grow its operations. 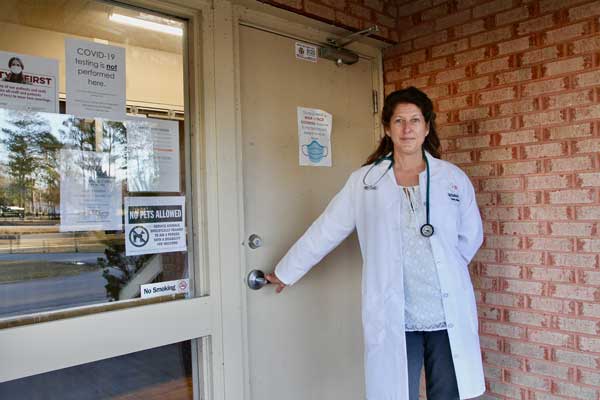 Today, Nurse Practitioner Gail Robinson is running the clinic with the help of two certified medical assistants under the direction of a supervising physician located in Hampstead. Robinson came to Penslow Medical in early 2018 as part of Wilmington Health’s involvement.

“Although Wilmington Health planted me here thinking they wanted someone to stabilize the clinic, I thought of it as a kind of a calling,” Robinson says. “Over the past few years, it has become a passion.”

When Robinson first came to the rural health clinic, it was only open three days a week. Penslow Medical has since expanded to seeing patients five days a week in the clinic and has been offering telehealth services during the COVID-19 pandemic. It is also looking at possible weekend options and expanding to be able to provide urgent care services.

The clinic initially provided the majority of its healthcare services to people who did not have health insurance. Today about 15 percent of patients are indigent, self-pay or have Medicare or Medicaid.

“There are still people who are not able to be self-sufficient where their healthcare is concerned,” Villa says. “There are fewer and fewer rural health facilities around, but there is still a need for it.”

The legacy of Penslow Medical Center lives on. Just as it was in the clinic’s beginnings in 1977, the center is a vital part of the community healthcare system, and every patient visit is a meaningful one.