Fill your belly and laugh out loud with four comedians at Smoky Tony’s on September 24.

Four comedians walk into a room … and put on a show. On September 24 at Smoky Tony’s in Holly Ridge, the punch lines will be much funnier and will be served up throughout the evening.

Josh Bowman, Smoky Tony’s son, is co-organizing the event with comedian Tym Griffin. Bowman says they had good success with a comedy show several months ago and are excited about having Griffin and the other comedians in their event space once again. Although the space has the capacity for 200 people, to accommodate current social-distancing considerations, this event will be limited to 75 to 100 people. 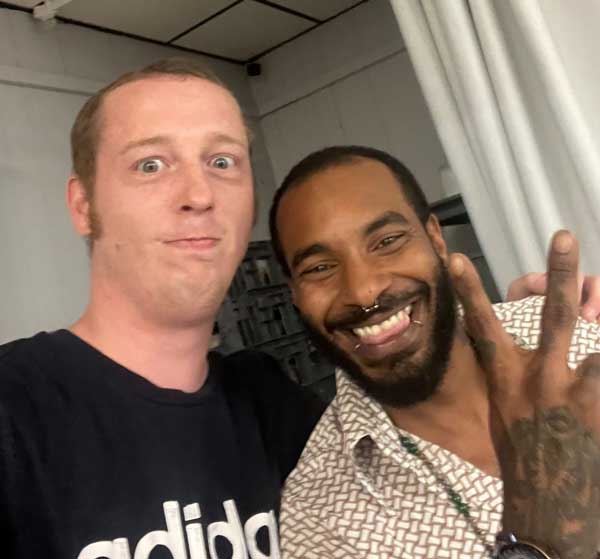 Smoky Tony’s event space has been the site of weddings, Marine retirement parties, pig pickins and a number of other community events, including Spooky Tony’s, which launched as a Halloween alternative last year and will return on October 30, 2021, as well.

Griffin discovered Smoky Tony’s event space as he was searching for places in this area where he could host his comedy show, Bowman says.

“There are not a lot of comedy shows outside of Wilmington,” Bowman says, “and this is a great opportunity for people in this area to get some comedy.” He explains further that “Tym has a group of comedians going around eastern North Carolina, and he schedules and books them where comedy does not normally take place.”

The show on September 24 features Griffin, Brent Blakeney, Trish Smart and Zack Burk. Griffin explains that he is a producer/comedian: “I produce shows because there are just not enough shows going on in North Carolina.” He started his own career with open mic night at Dead Crow Comedy in Wilmington. He began to get booked based on his appearances there and then went on to start producing comedy as well. 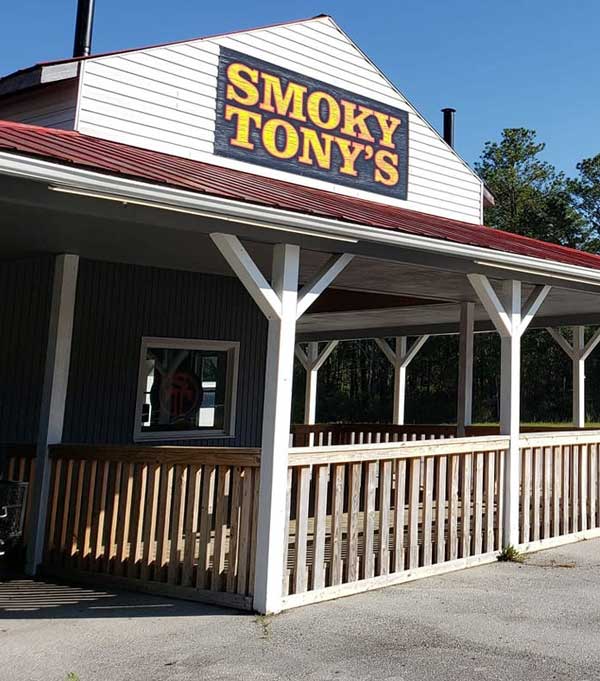 Calling himself “the comedic ginger,” Griffin says he is trying “to build something here as far as a comedy scene.” He has produced more than 50 shows, featuring hundreds of performances by different comics. He has won competitions and performed at various venues including The Crab Pot in Surf City, Leaf and Barrell in Hampstead and locations in Morehead City and New Bern.

Blakeney is based in Raleigh and has been touring the country for several years as a featured comedian.

He was named the national winner of Kenan Thompson’s “Road to NYC” contest and made his television debut in 2020 on the Circle Network’s “Stand Up Nashville.” He has been featured and won “Best of Fest” at the SLO Comedy Festival in San Luis Obispo, California. He also won “North Carolina’s Funniest” competition in 2019. 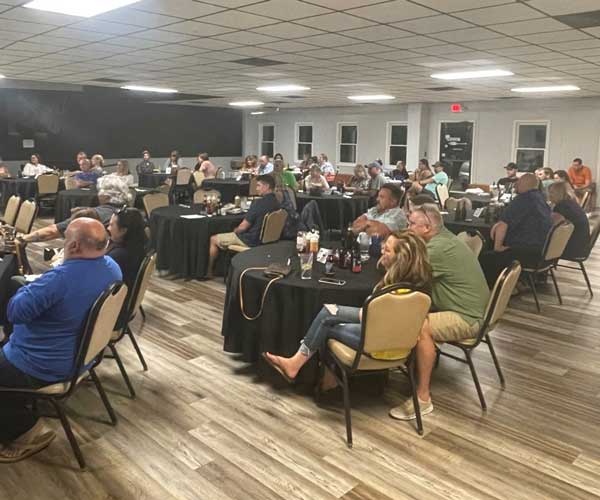 Trish Smart has traveled the world performing in Thailand, Singapore, Vietnam, Germany, Austria, Hungary, the United Kingdom and the United States. She describes herself as a ”nomadic stand-up comic, mixed-media artist and web designer.” Her comedy is edgy, pushing the envelope of “what women should be allowed to say out loud.”

Zack Burk is a local comic, based in Wilmington. He has been performing for 10 years and is a fixture at Dead Crow Comedy. He travels throughout the Southeast doing comedy shows, featuring a unique ability to mix a physical style of comedy with his love for self-deprecation.

Griffin encourages people to come to the Pulled Pork Comedy Show “with an open mind.”

The four comedians are each very different but are all very funny. He admits, though, that “every comic’s joke isn’t for everybody” and some do “push the envelope.”

The show will follow a traditional format with Griffin as the host. Burk will perform first, followed by Smart and then Blakeney.