Paddle and Run for a Purpose

It’s time to gear up for the second annual Over-Under Biathlon, which is set to paddle off Saturday, September 24, from Soundside Park in Surf City.

Organizer Mike White says he brainstormed the biathlon idea about three years ago, but, because of COVID’s wrath of cancellations, this is the official second year.

“I’ve always just loved the sport of long-distance running, and I’ve been paddleboard racing for about five years now, so the combination of the two sports was really appealing to me,” White says. “I always thought that if I could find an event that had both of them, I might do really well.”

White says he has competed in 15 paddleboard races and countless running races, somewhere around a hundred.

His Over-Under Biathlon is a combo 5K paddleboard/kayak/surf ski under the Surf City Bridge, followed by a 5K run over the bridge. Individual competitors or relay teams can complete the biathlon. Approximately 150 participants are expected to hit the water and land this year.

Which is a good problem to have, when you’re promoting a way to stay fit and healthy in the great outdoors plus raising money for a good cause.

Perryn Miller passed away on October 26, 2020, at age 10, after a two-year battle with glioblastoma. Local to the area, he was able to use Make-A-Wish Foundation before he passed away. The hope is for this year’s and future biathlons to help other children’s wishes come true. There continues to be a “Perryn Strong” group page on Facebook to keep the memories of this sweet boy alive. 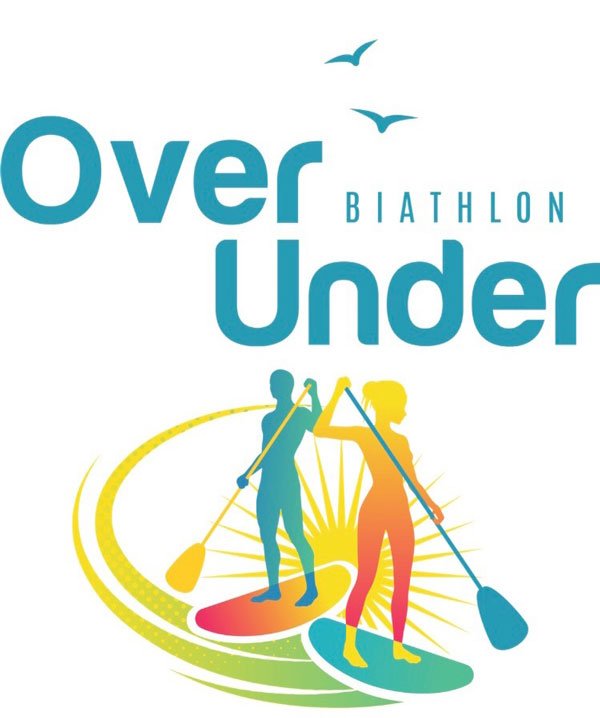 If this motivates you to enter the Over-Under Biathlon, register now; then, show up at the Salty Turtle Beer Company in Surf City for packet pickup on September 23 anytime between 4 and 6 pm. There’s also a packet pickup opportunity onsite on race day, September 24, at Soundside Park from 6:15 to 7:15 am. A required pre-race meeting takes place at 7:30 am on the 24th, with a race start promptly at 8 am. And awards for the top 3 male and top 3 female finishers will wrap things up at 10 am. In addition to the 14-foot-and-under Standup Paddleboard (SUP) category, there is also a Wild Card division as a fun catch-all for all paddle crafts (kayaks, canoes and more) and relay teams (one paddler and one runner).

White says that part of the appeal from competitors to the Over-Under is the new kayak launch on the Intracoastal Waterway in Surf City.

“That’s been great for us,” he says. “It’s a really good entry and exit point from the water. And then the park is just a great place to hold an event. You have parking and plenty of space. Last year, we also got really lucky with conditions. We caught a really low-wind day and perfect weather, so we had some pretty fast times. Hopefully, we’ll catch another day like that this year that’s not too windy.” 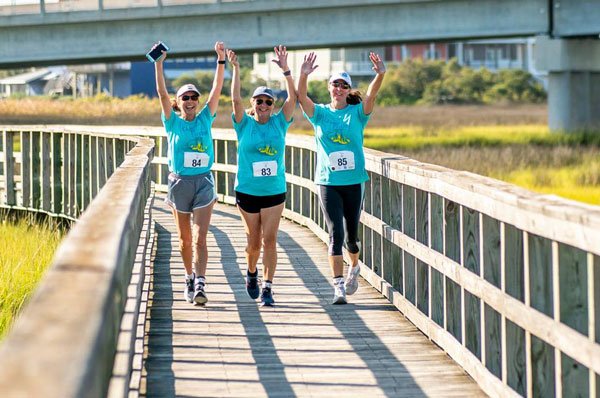 Soundside Park will also be the site for vendors selling swag before and after the race. And, if the weather is nice that day, spectators can take advantage of the park’s pirate ship playground, picnic shelters and walking trails.

“When creating an event like this, you have to think of the athlete’s overall experience,” White says. “You want to make their experience better and to have the best takeaway from competing.”

To register:
Compete or to Donate to the Over-Under Biathlon, visit paddlesignup.com/Race/NC/SurfCity/OverUnderBiathlonand5k.