Meet the residents of Topsail Island.

Some folks were born in our gorgeous coastal area, while others discovered its magic and made a beeline to the ocean. Over the next few months, Topsail Magazine will share short stories of our neighbors’ coastal lives.

Here’s a look at three families who love living in a coastal community.

A House with History Rises Again: The Monroe Family

Tom and Sandi Monroe live in a house with history in Surf City. While some beach houses have many owners, the Webber house, built in 1960, has hosted only two families. This ever-evolving house withstood many hurricanes, until Florence in 2018.

“We purchased the home in 2016 from Mrs. Peggy Kearney, the daughter of the original builder, her father and uncle, so we are only the second family to live in the home,” Sandi says.

The home’s original name was Fran Seas Getaway. Over the years it saw the additions of a second story, a garage and an apartment over the garage. The style changed a lot, going from a single-story home with a flat roof to an A Frame style two-story. 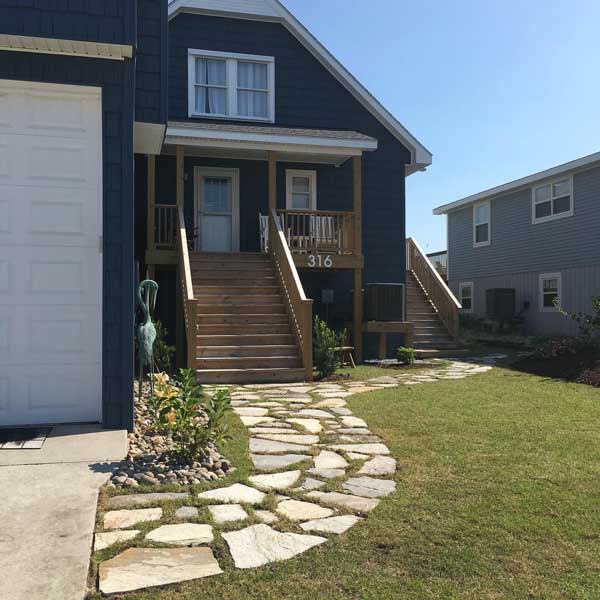 “As we did the demolition, we found many layers including a layer of hearty pine paneling as in many of the older island homes,” Sandi says. “A year after renovations, LunaSea still stands proudly on her original footprint, hopefully, for many years and the enjoyment of generations to come.

The Monroes have been visiting the coast with their kids for the last 20 years and relocated from Michigan in 2013. They both work remotely from their home, and say they love this community!

Since 1974, Cookie Tilghman has been part of Topsail Island. She’s lived up and down the island — first in Surf City, then in Topsail Beach, then back to Surf City, where she currently resides.

Cookie and her husband, Hunter, who died in 2005, raised their three children, Wes, Jay and Missy, on the island and were involved in many civic activities, including Topsail Rescue Squad, Caroling at Christmas, the Kiwanis and Key Clubs, Christmas with Santa, Flag Day Ceremony, the Pirate Jubilee and the Miss Topsail Island Pageant. Hunter’s job brought them to the island. 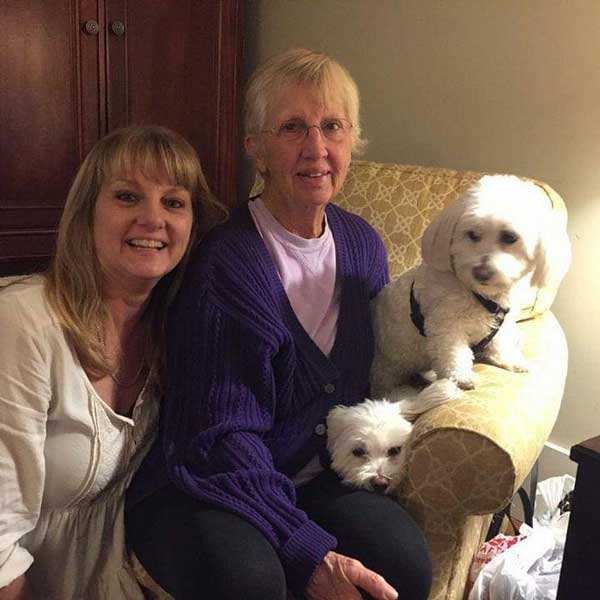 “Hunter was the manager of the Red and White Grocery (now IGA) in Surf City,” Cookie says. “I volunteered with the Topsail Island Chamber of Commerce while Hunter managed the shopping center, which still includes the grocery store and a large retail store with clothes and gifts.”

Cookie is also known as the “Herb Lady” for her work as a certified naturopath. She was the bookkeeper and then Town Clerk in Topsail Beach while Hunter was known for rescuing cats and dogs left at the grocery. He created the first Christmas with Santa with the Surf City Fire Department.

“In 1985 we bought three businesses across from the Scotch Bonnet Pier,” Cookie says. “Tilghman’s Square was born with Tilghman’s Supermarket, Cookie’s Treasure Chest and Shenanigans Beach Club. We provided many needs for the community and were always attentive to the children, teenagers and young people.”

Cookie continues her practice with Natural Health Solutions and helps others discover better choices for health and wellness.

Retired educator John Fahey of Surf City upcycles surfboard resin to make jewelry and artwork. He and his wife made Surf City their home after nearly a decade working with Army Intelligence Agency and his career as an educator — high school principal, superintendent and college professor. 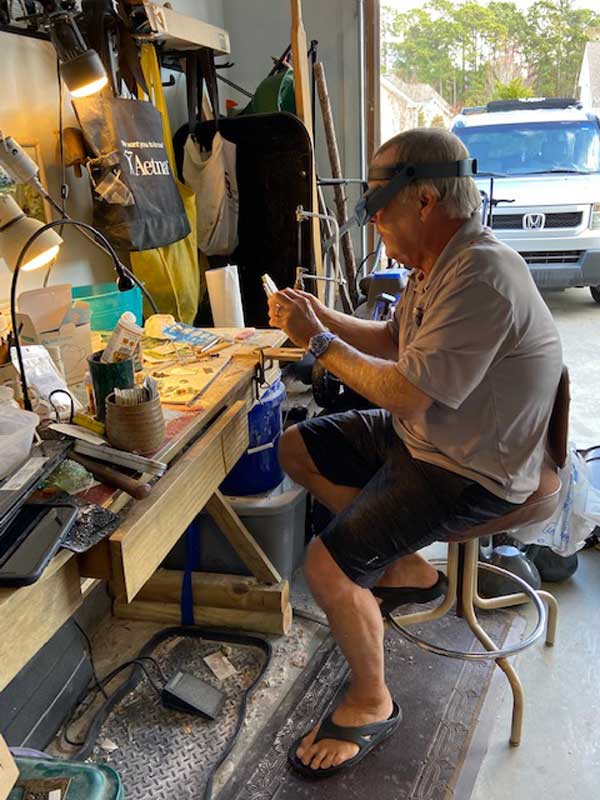 “By using the resin, I keep it out of the landfill; I upcycle,” he says. “Lately, I’ve made some surf dioramas of locals using a base that is found on the island beaches. When the shaper, Greg Eavey, makes his boards, he pours the colored resin on the board and the excess falls on the floor, dries and accumulates. After making many boards, the floor is covered with layers of hardened resin. It’s broken up into pieces and I shave it into slices and cut my designs out of it. Each color represents a different board.”

As a member of the Topsail Island Longboard Association, John helps the organization clean the beach each Monday morning. He gives away smaller pieces of his artwork as prizes for the most unusual objects that were picked up.