Whether she’s selling real estate, working for the town or volunteering in the community, North Topsail Beach Mayor Joann McDermon makes things happen on the island she loves.

“we’re extremely lucky to live where we do.” Joann McDermon repeats these words often as she explains how much she is enjoying what she is doing and who she is doing it for at this point in her life.

McDermon is a successful real estate agent, sits on the boards of the Onslow Water and Sewer Authority of Realtors and serves as the mayor of North Topsail Beach. In her spare time, she enjoys spending time with her family and living life on the island. She has no plans to retire anytime soon.

“I very much enjoy everything I’m doing – working for the town, selling real estate,” she says enthusiastically.

McDermon moved to the Topsail area from Pennsylvania in 2013. She and her family followed her parents, who moved to Sneads Ferry in 1998.  McDermon and her husband, Ed, had owned property here before moving, using it as a vacation rental as well as for their own family when they visited.

“We fell in love with the area,” she says.

A seasoned businesswoman, McDermon worked for Shared Medical Systems, which was bought by Siemens Healthcare. That company was then purchased by Cerner. After several years with the organization as a business development executive, she decided to retire from the corporate life and secured her real estate license in 2015. 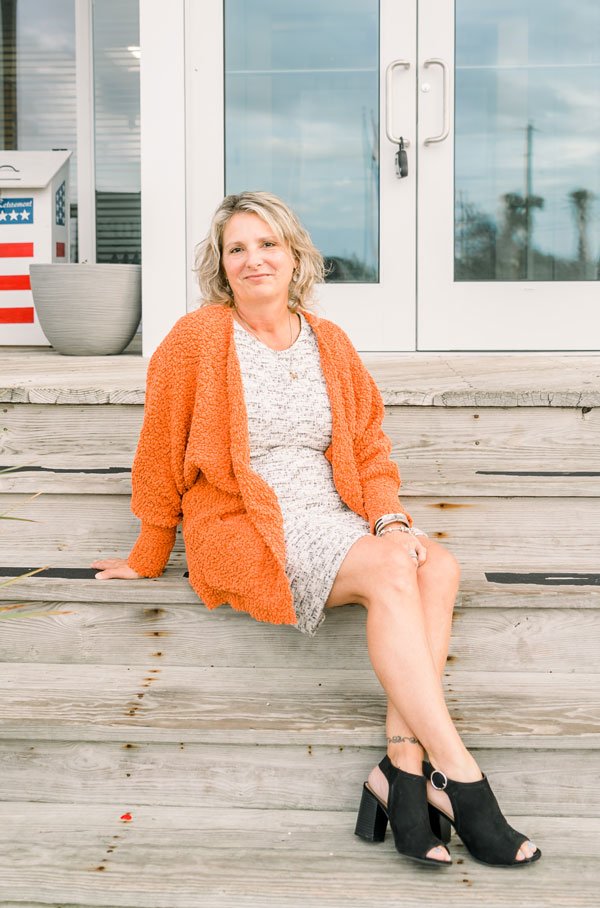 The work in business development prepared her well for her current roles. McDermon says that her responsibilities “included forming relationships with vendors to enhance our product suites, which benefited our clients.” That platform enabled her to expand her skills as she transitioned into real estate then took on the role of mayor.

“It’s all about forming relationships and working to solve problems,” she says.

McDermon’s real estate involvement extends to her family members. Her daughter, Ashley McDermon, has just joined her as part of her sales team at Treasure Realty. Ed and their son, Jake McDermon, run Topsail Moonlight Management, a contracting and landscaping firm that McDermon co-owns.

Her political career stemmed from observing several challenges in North Topsail Beach that she felt needed to be addressed and resolved.

“I’m one who believes if you want to impact change, you have to get involved,” she says. And so she did. She was elected as an alderman in 2015 and re-elected in 2019. She was also a write-in candidate for mayor in 2019 and won that position as well. She was re-elected mayor in 2021.

One of the aspects of being an alderman that was particularly appealing to McDermon was the fact that she had a vote. As mayor she very rarely has the opportunity to vote as her vote only comes in case of a tie among the aldermen. With an official count of five aldermen, there are very few occasions that require the vote of the mayor. However, she says, she feels that in the mayoral position, she can “effect some change within the board.”

As mayor, McDermon counts off the many achievements that align with her goals, saying, “When I ran for mayor, there were several things I wanted to accomplish, and I have.”

Among those are the recovery efforts from Hurricane Florence, including restoring Richard Peters Park and getting the North Topsail Beach Town Hall “back up and running.” McDermon also points to the “continuous beach projects planned that offer federal assistance with no impact for our taxpayers.” She adds that the town has hired a financial analyst firm that “has helped us remove the debt from the USDA loan for Phase 5.” Next on the list is replacing the fire station at the south end of town. McDermon says that there is a capital improvement line item in the budget now.

The implementation of paidparking has been one of the town’s more significant accomplishments under McDermon’s leadership. “The revenues significantly help us as a town, and it removes the safety issues,” she says. Previously, visitors parked along the street, in residents’ yards and in other areas that created hazards. 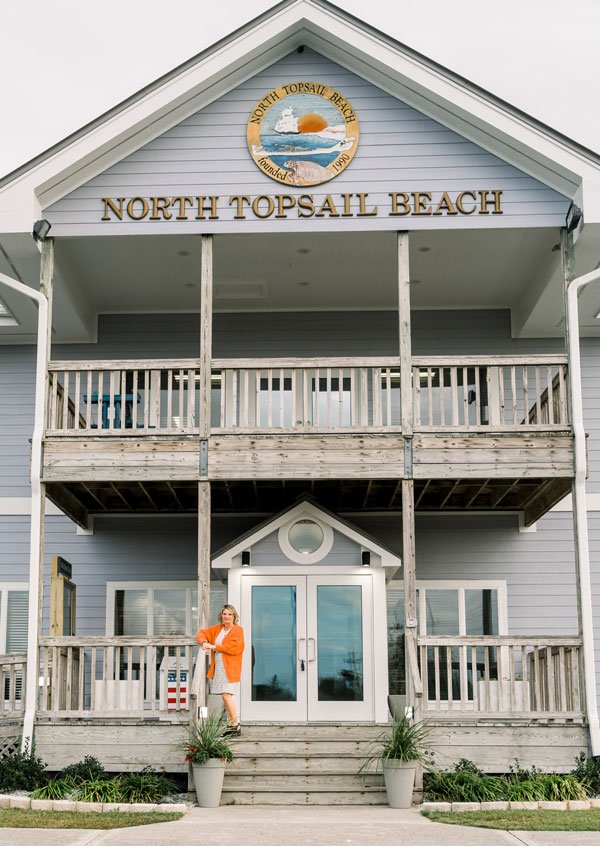 McDermon adds that the town’s board of aldermen tries “to be open to all the issues that face ONWASA.” Her position on that board enables her to provide input and influence decisions there as well. She says that one of the needs on the island is to address the low water pressure, adding that is one of the things she brought to the table, based on feedback from residents. To help resolve that, ONWASA will be installing a booster pump this year.

Among McDermon’s proud accomplishments is bringing the three towns on the island together on several important issues.

“We are working very well together as an island, not three separate towns,” she says.

Another challenge is that two different counties span the island. She adds, though, that North Topsail Beach’s relationship with Onslow County is also improving. With the increase in new residents and visitors, she says that “we continue to invest in our infrastructure and school system to support the growing needs.”

As mayor and as a real estate agent, McDermon gets involved in the community in many ways. She participated in the recent building of the living shoreline at Peters Park and a number of beach cleanups. She emphasizes that she is available to the aldermen, the town manager and to residents and visitors for questions, input and discussion of important issues that impact North Topsail Beach and the greater community. The town has launched an updated website (northtopsailbeachnc.gov/) to make that easier.

McDermon describes the feeling she gets every time she crosses the bridge from Sneads Ferry to North Topsail Beach, indicating a sigh of relaxation and happiness. Then she adds one more time, “We’re just lucky to live here.”