Part four in a monthly series about positivity, wellness and reconnection.

Playing a musical instrument starts as a private pursuit — one wannabe player and their instrument of choice in a sonic construction zone. Sometimes there’s a music teacher showing how to read notes and where to put one’s fingers, or family members bearing witness to the player’s cringey development, but hours of solitude trying to master that instrument is a big part of the process.

Though there are countless closet players and singers who never make their hobby a public one, performing in front of an audience is the next logical step. This can cause fear and anxiety, and the stage is a cold and spooky proving ground. 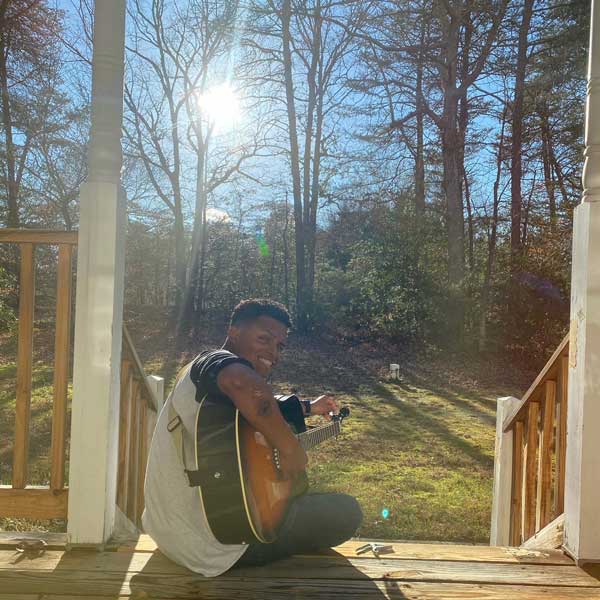 For local musicians ready to bring their talents out front and center, open mic at The Second Row may be the perfect place to go. The Second Row is located at 121 North Shore Drive, a couple of blocks north of the Surf City Pier. The Second Row calls itself a wine and beer bar, and it is those things, but it also hosts an open stage where the musically minded can play for an eager and friendly audience.

On a recent Tuesday, I checked out one of their Open Mic/Open Jam nights. The vibe alone makes the stop worthwhile. Amid verdant foliage, there are six or so outside tables and benches under colorful shades and the guests all seem to know each other, or at least the setting creates an intimate bubble of togetherness.

That night the house band was held up by owner Bernie Ogrodnik — he and his wife, Marie, own and manage The Second Row, and Bernie keeps the music going until other folks come up and play. Bernie played guitar and mandolin and was joined by Ed Peters on bass and harmony vocals — a couple of other folks added percussion with a plastic tub and a pretty sweet electronic hand drum.

There’s also an electronic piano, all the cables and amps a small band would need, and a convenient clamp at the main mic for your tablet or smart phone if you need to reference lyrics or chords.

Bernie and his friends are fine musicians and they played “Going to California,” “Losing My Religion,” “Bad, Bad Leroy Brown,” “Comes a Time,” “Into the Great Wide Open,” “Lay Down Sally,” and other timeless folk and blues rock while the audience drank and settled into their seats and watched the light slowly drain from the summer sky.

The Second Row is going into its fifth year of operation, and Bernie and company have created a very warm and welcoming venue. He explains, “We see it like a safe space for people. It’s informal. There is no sign-up sheet and no critics. We’ve had 10-year-olds come up and play — I never would have done that, but then again, I never had a place to go. Making a YouTube video is nothing like playing live and playing with other people. Everyone is appreciative.”

For full disclosure, I went to The Second Row that night on a recon mission. I’ve been writing songs since my late teens and played at a few open mics over a decade ago — I wanted to see if it would be good place for me to get back out there and re-explore those old songs and feelings and overcome my own performance anxieties. But I am reminded most every day that it’s not all about me, and that night’s lesson was an especially profound one.

Isaiah Rodriguez came up to the stage with his acoustic guitar, chatted with Bernie and the band a little and plugged in. Rodriguez, a 22-year-old Maryland native currently in the Marine Corps serving as a Motor T operator on Camp Lejeune, had a charming stage presence with the face, swagger and effortless style of Bruno Mars. Isaiah opened with two Paul Simon songs, and his sweet high voice and deft playing met the challenge.

At the top, Isaiah mentioned that he would play three songs, but it went so well that he played seven. He went on to play “Anyone Else But You” (that fun duet from the film Juno) and a number of folk/punk songs unknown to me, but the lack of familiarity did not matter. His skilled and open performance, and my enjoyment of it in the moment, reminded me how critical it is to just listen. Listen and experience and support someone else that is sharing with you, whatever it is. 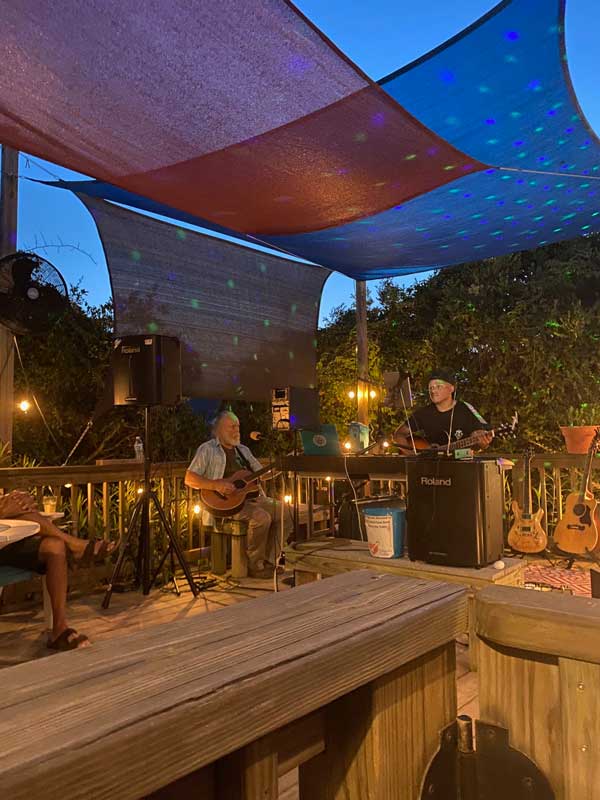 There is a performer and there is an audience, a giver and a receiver. If a singer sings in the forest and no one’s there to hear him, does it matter? Sound is still being made but that exchange with an audience weaves undeniable magic, and it’s special to experience it even from the observer’s seat.

Isaiah offers some additional perspective on open mics and performing in general, “I went to a Bourbon Street [downtown Wilmington restaurant/bar] open mic completely unprepared. No practice, no real set list, and I didn’t know my audience and how’d they respond, nor did I really understand my vocal limits. I took a small pause to try and learn new music and understand my voice and how I am as a performer and tried to add more charisma and character to performances.”

I’m happy I was there as Isaiah buried that earlier disappointing performance with a new personal triumph, and you could almost feel his artistic growth. The audience never knows what kind of medicine they share through simple applause.

Want to go?
Whether you want to listen or perform, The Second Row holds its Open Mic/Open Jams on Tuesdays and Fridays and will be hosting a Songwriter’s Competition on October 1. Go to their Facebook page to sign up (deadline to sign up is September 18) for the Songwriter’s Contest and note any schedule updates as the off-season approaches. The Second Row also hosts established bands and performers, shares space with the eccentric Idle Nomad Gift Shop. Bernie also does guitar repairs and customizations on site. Check this place out.