Getting Down to Business

Meet three women who are shaping Holly Ridge with their multifaceted ventures.

Businesses are flourishing in the growing town of Holly Ridge, including many owned and operated by women. From trucking to smoothies to axes, the following women-owned businesses in Holly Ridge offer a variety of fun, healthy and helpful products and services.

Among the long-time business owners is Wendy Fletcher-Hardee, who actually owns three businesses: Atlantic Truck Brokers Inc, Atlantic Coast Trucking Inc. and Atlantic Mulch and Stone Inc. Fletcher-Hardee launched the truck brokerage 18 years ago, describing it as “very much happenstance.” A move to North Carolina as a child, a disrupted nursing career and grandparents in the trucking business all contributed to her success in what is typically a male-dominated world.

The brokerage business handles freight “all over the country for large-brand names,” Fletcher-Hardee says. “You name it, we haul it.” 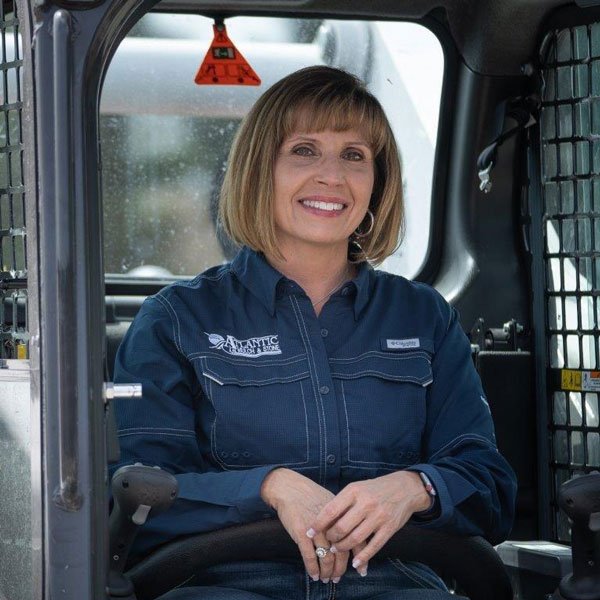 There are no other brokerages in the area, and only a few located in Wilmington. A truck brokerage is heavily regulated and requires a significant bond to be able to move goods. Her trucking company uses its own assets and is required by federal regulations to be a separate entity from the brokerage.

The mulch and stone business started over a conversation. Fletcher-Hardee had just launched her dump truck fleet and, knowing several people in the landscaping business, saw an opportunity.

As she describes it, “one thing turned into another into another.” The company that started with the basics has grown into a multi-million dollar business.

In fact, Fletcher-Hardee describes her overall business success as “interesting how one thing has integrated into another.” That summarizes her story from the beginning, as she quit her nursing job to help her grandparents run their trucking business, opened her trucking brokerage, closed her grandfather’s business and opened her own, and then launched the mulch and stone business.

Fletcher-Hardee enjoys helping others succeed as well. “It’s not just about me being successful,” she says. She serves as a board member for Jacksonville Onslow Economic Development and Greater Topsail Area Chamber of Commerce and is now running for the position of Pender County Commissioner for District 2. “I want to leave it better than I found it,” she says of the county she grew up in and loves.

Kim Boulanger is also a Holly Ridge business owner focused on helping people. Boulanger launched Sail Into Nutrition in June 2020, which she humorously describes as “a great time to start a new business.” Her shop offers healthy protein shakes and sugar-free energizing teas as well as handmade crafts and gifts.

In addition to being a successful business, Sail Into Nutrition has helped Boulanger make many new friends. Moving to North Carolina from Massachusetts after a corporate takeover and voluntary separation from her job as a claims adjuster, Boulanger initially thought she would live in the Raleigh area. Then, “I made the mistake of going to the beach. It reminds me of the Massachusetts coast,” she says. “I decided if I was going to make this big move, this is where I was going.” 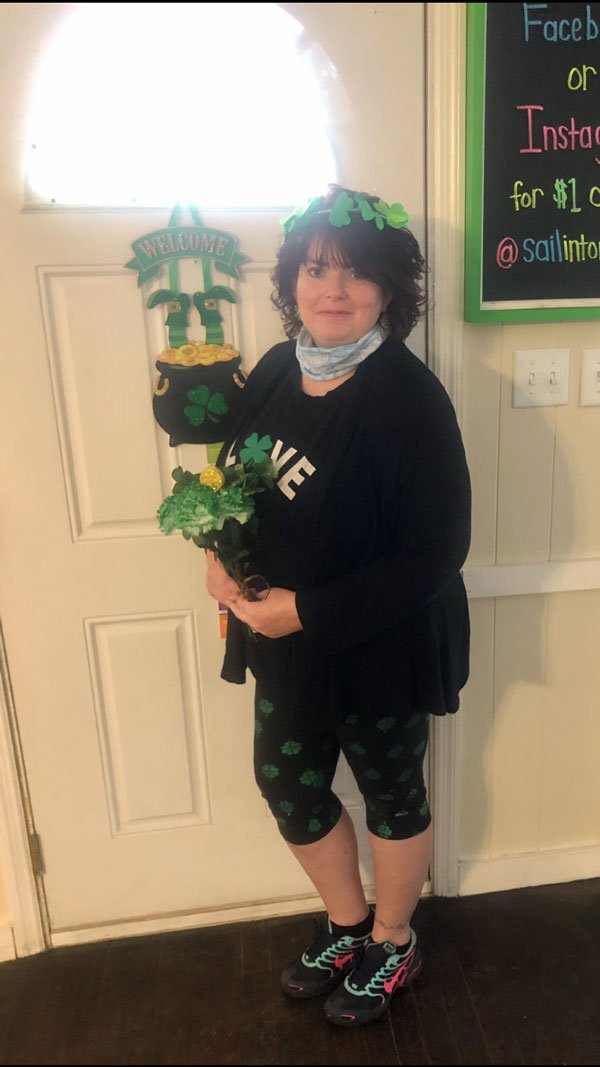 Boulanger was heavily influenced and educated by her daughter, who is involved in Herbalife nutrition. The teas are healthier versions of energy drinks and are very popular in the summer months especially.

In addition, Sail Into Crafts and Gifts offers items made by her husband. Boulanger says they are both enjoying their new ventures, emphasizing that it’s “such a fun thing to do, very rewarding.” She is especially happy that her customers “come in as friends and leave as family.”

Dorothy Hall started a completely different business as a direct result of two major concerns. One was the fact that so many young people were losing their lives to drugs. “What are these kids missing out on in life that they have no alternative but to turn to heroin and opioids?” she wondered. Her other concern was that “people don’t play anymore. You can live your entire life on your phone and never step out of your house.”

Paradise Axe and Arcade began with a few games, because Hall says, “if you’re not a beach goer, there’s not a lot for people to do.” She already had the building in Holly Ridge and figured she would put in a few games and see how it worked. After a friend mentioned watching a competition on television, she decided to offer axe throwing as well.

The business launched about three years ago, just before the major COVID shutdowns. Even so, Paradise managed to survive and succeed, both in terms of business and in terms of achieving Hall’s goals. 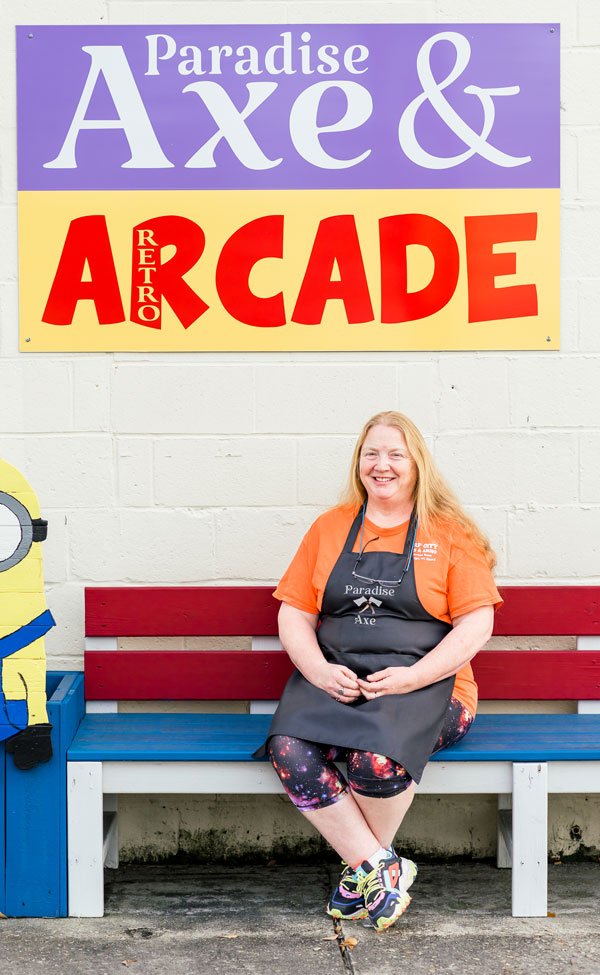 “Families of all ages come, including grandparents raising their grandkids,” Hall says. “They say it’s the only time their grandkids ever put down their phones.”

The arcade section is similar to the old-fashioned, quarter-operated, boardwalk games and includes pinball, air hockey, pool and skee-ball. Players can redeem their tickets for prizes, adding to the fun.
Axe throwing may sound intimidating, but Hall emphasizes that safety is a priority and anyone can do it.

“It’s great for people who are competitive,” she says. Comparing it to bowling, Hall is excited about getting involved in axe throwing leagues in the spring.

Hall moved south in 1990, primarily to get away from a stressful life in New York that included a 30-mile commute. She describes her life as multi-faceted, as she has launched and operated a number of successful businesses along the way. Today, Paradise Axe and Arcade focuses on everyone having fun and being safe. “We take care of everybody,” Hall says.