French without the Fuss

Chocolate Éclair Cake has the same delicious flavors as French éclairs but is much easier to make.

Éclair is a French word meaning “flash of lightning.” Some say that these long, cream-filled pastries got their name due to how quickly they are eaten. When I make Chocolate Éclair Cake, it also disappears in a flash.

Making a traditional éclair takes some time, usually a few hours. The same can be said for cream puffs, the round version of an éclair. Both desserts start by making pâte à choux pastry, a thick dough of eggs, butter, flour and sugar. It is not difficult to make, but can be time consuming. Pâte à choux pastry is used as the foundation for many desserts, including cream puffs, beignets, gnocchi, dumplings and churros. 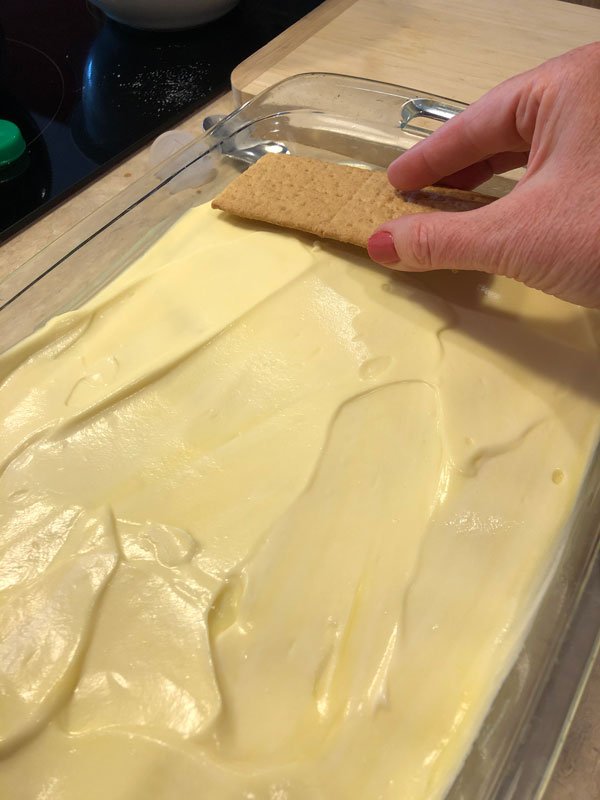 Many of us don’t have the time to spend making chocolate éclairs from scratch. That’s why this shortcut recipe for Chocolate Éclair Cake is so enjoyable. This icebox cake requires no baking and takes only minutes to prepare, but gives you the same sweet flavors as a creamy, chocolate-covered éclair.

The cake consists of vanilla pudding and whipped cream sandwiched between layers of graham crackers and topped with a rich, chocolatey frosting. Adding a bit of corn syrup to the frosting makes it glisten just like a French éclair.

The recipe requires you to use a double-boiler to melt the chocolate for the frosting. This simply means placing a metal bowl over a pan of slightly simmering water. The steam will melt the chocolate slowly and it won’t burn when using this method. For best results, stir the chocolate continuously and remove the bowl from the heat when the chocolate is melted.

This recipe is a summer favorite in my home. Cold, creamy, rich, chocolatey and delicious, it checks all the right boxes. And you won’t need to turn on your oven to make this cake, which is always a relief during the hottest days of summer. 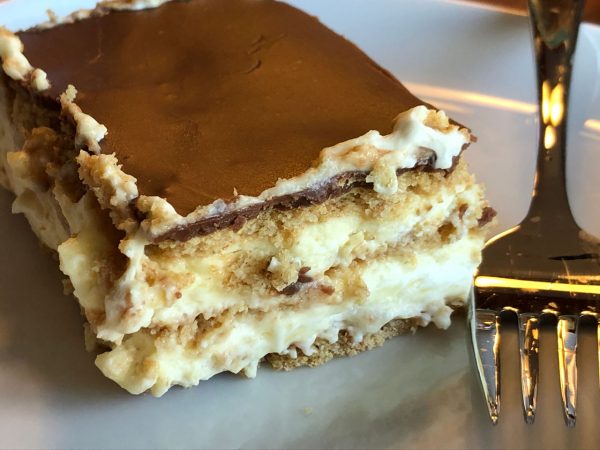 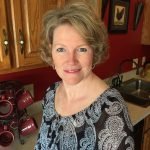 I have always been a storyteller. After college I worked as a producer/director for PBS, writing scripts and editing documentaries and children’s programs. While working in television, I also taught video production courses at the high school and college level. I enjoyed teaching and as our family grew, I transitioned to managing the media center and teaching video production and literacy skills at our local intermediate school. My life-long passion for cooking led me to create and write a food blog. You can visit me at raveaboutfood.com, a place to share recipes and stories about my family and the foods we love. My husband, Brian, and I are from Ohio and have vacationed in the Carolinas for years. We purchased our dream home in Ocean Isle Beach in 2020 and have fallen in love with the community. We are enjoying the beaches, the food and the people we have met.