After Hurricane Florence devastated their restaurant and the many setbacks of the pandemic postponed their new farming venture, Shari and Sean Donahue finally opened Surf City Farm in June 2021.

Hurricane Florence shut one door for Sean and Shari Donahue, but it opened wide another door to sustainable living, local foods and new adventures.

The Donahues opened The Dirty South Bar & Grill in Topsail Beach in 2017, and it quickly became a local favorite offering music, trivia and the famous Dirty South Burger. In 2018 Hurricane Florence’s three days of rain ruined the kitchen and closed the restaurant.

“We were pretty devastated for a while,” Shari says. “We took stock of what we had and where life was going. We had a lot of land and a teenager on the spectrum, which means the goal posts are constantly moving and you have to be able to pivot and move with it. Knowing it may be difficult for him to find work in the future or be able to drive himself to a job, we focused on what we could do to secure a future for him right here at home.”

The Donahues opened Surf City Farm at 101 Northern Escape Way in Hampstead in early June 2021, offering local produce, berries, homemade jams, mustards and pickles. The market building has a space for children to play with Legos while parents or grandparents smell homemade soaps, taste jams and mustards and stroll among the vegetable displays while enjoying a cup of coffee. From a small kitchen they turn out baked goods — cinnamon rolls, brownies, cookies and fresh breads — to complement the local produce and locally roasted coffees. 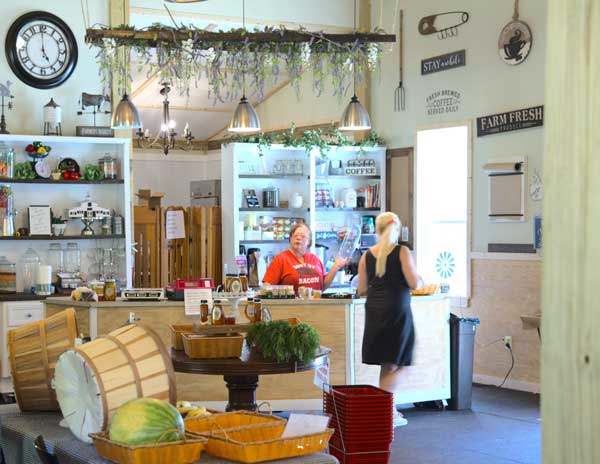 Fall will bring the annual Pumpkin Fest, October 29 to 31, complete with pumpkin carving, apple and pumpkin pies and apple cider.

“We want the barn to be a fun, local place to visit where you can run into others you haven’t seen in a while,” Shari says. “It isn’t just about produce for us, it’s about community and supporting each other.”

It’s all up and running now, but getting to opening day was full of challenges. They spent months researching hydroponics, the N.C. Bona Fide Farm requirements and qualifications, setting up small hydroponic test systems and writing a proposal for the county. The Bona Fide Farm approval came in summer of 2019, so they built larger hydroponic systems, cleared land, built the barn and the website — and then COVID hit.

“So, year one turned into year two,” Shari says.

COVID caused shortages of nearly everything from greenhouse materials and equipment to seed trays, and what was easily available had prices rising weekly.

“The physical aspect of farming became reality, getting down in the dirt on hands and knees in the heat either weeding, planting or installing irrigation lines,” Shari says. 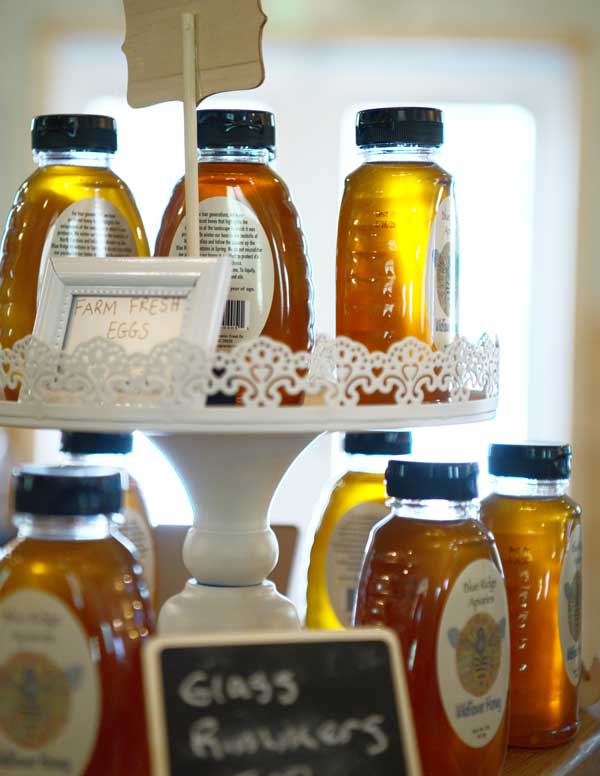 “We pushed forward, but the hits just kept coming,” Shari says. “One greenhouse collapsed during a windstorm. The field crops were not doing well during the dry spell, so we added 2,000 feet of drip-line irrigation by hand. An algae bloom in the hydro houses took days working around the clock to recover, repair and save.”

Despite the setbacks, Sean’s love of hydroponics appears in each new innovation he tries, as “failure only happens when you quit,” he says. He researched and then began building his own affordable systems, starting small this year with plans to increase the scale each year. A full-time police officer with the Town of North Topsail Beach, he spends his spare time deep in the dirt.

“We plan to add several more hydroponic greenhouses and expand the produce options we have as we grow,” Sean says. “We have done a lot of testing, trial and error along the way, some good and some flops … that’s what keeps us going.”

Sean built a vertical row system from PVC pipes that resembles the popular beach ladder toss game. He enjoys sharing his hydroponic knowledge and can often be found deep in conversation with anyone who asks about its merits. In the future he might offer some starter classes with home hydroponic kits to guide and help others interested in growing with hydroponics.

Outside the market building, squash and cucumbers sit in various hydroponic containers off the large back porch. Chairs and tables are artfully arranged with small planters offering succulents. Raised beds of beans, peas, squash and herbs are covered in netting to prevent deer from eating dinner. The larger, irrigated fields, which will be replanted next summer, and the Donahues’ home hide behind a pine tree border.

“Thankfully our amazing friends rallied to help in painting the barn in 104-degree heat last year when we just couldn’t do it alone,” Shari says. “We take each hit and work with them or around them. As most people are aware, farming is not instantly profitable … or in many situations, profitable at all … We have had our work cut out for us, but at this point, failure is not an option.” 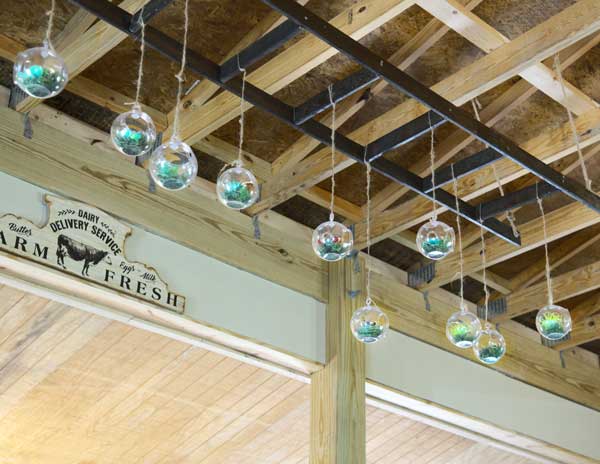 Each week in summer began with fresh new inventory when Surf City Farm opened each Friday; what wasn’t sold by Sunday at 4 pm was repurposed to jams, jellies, pickles and salsa. The rest was donated to the Share the Table, a local food bank.

“The repeat customer business has been amazing,” Shari says. “Social media has given us a simple platform to connect with everyone in the area, and many of our customers just walk down from the neighborhood up the road.”

As Surf City Farm grows and changes, the Donahues have many ideas for future events and product lines, many of which would use local produce and people on “Spotlight” weekends.

“Some grow hemp and make their own line of products,” Shari says. “Others make custom candles. We even met a young couple who is starting a cocoa farm in Belize, and they would like to show off their own brand of chocolate. We have so many opportunities and possibilities ahead, it’s difficult to say what will come next. Sean makes mustards with Salty Turtle beers and plans to brine his own brisket for St. Patrick’s Day in March.”

And perhaps, someday, the Dirty South Burger might appear in the frozen meat case.