Part three in a monthly series about positivity, wellness and reconnection.

For most of my life, the thought of yoga brought to mind soft sitar music, stretch pants, mystical group bliss and odd body poses with weird names like Dog Digging Up Lotus Flower. I generalized its purpose and typecast its practitioners, shrugging it off as a hippie activity that was closed off to all but the most fervent devotees. And I love hippies! I grew up in Asheville and was a raft guide — how had I misread and ignored yoga so completely?

I realize now that yoga is not necessarily even a hippie thing, that’s just the way I had compartmentalized it. Drifting through several decades without giving serious thought to my inner peace or the mind-body connection, neither how to find it or what it meant, seems like such a grave spiritual oversight to me now that I’m 50 and searching for answers. 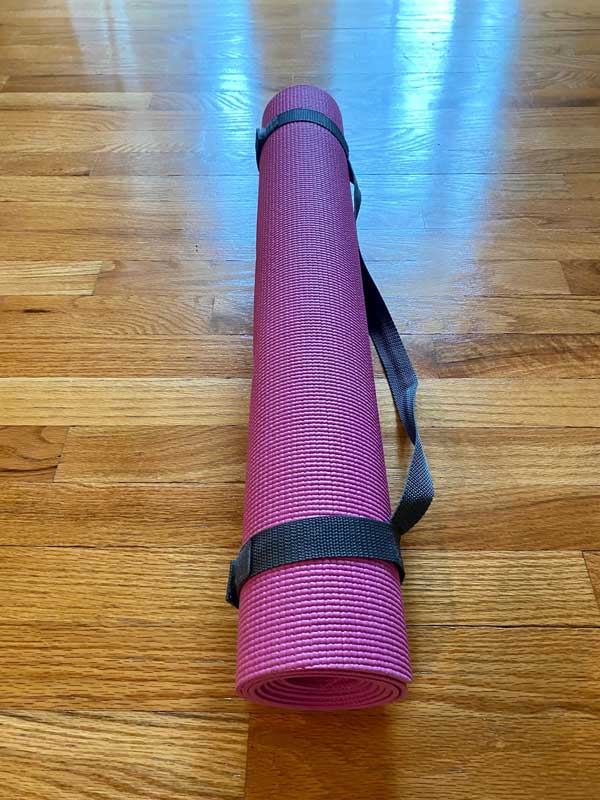 So, I’ve been on a recent quest to explore yoga and try to deploy it as a self-improvement tool.

Yoga has been around for centuries and supposedly predates organized religion. With origins in ancient India, its many branches fall under a wider canopy of Hinduism that lies far beyond my research budget. But know that the postures and poses are just one piece of a larger practice and mindset, and attending a few yoga classes is a long way from mastery. My experience and budding interest are akin to learning “Chopsticks” on a piano — it’s pretty neat but there is so much more to it if you can invest your time and attention to the practice.

While shopping for paintings at the ArtExposure gallery a few months ago (the large red barn in north Hampstead), I saw that they also offer yoga classes on Saturdays.

Not only was I interested in attending for myself, I convinced my 9-year-old daughter, Alice Wren, to come with me since she loves art and is the one in the house most likely to say yes to an invitation to do something impulsive and new.

The instructor, Joanna Newton, works in human resources but has been teaching yoga for six years. She is also certified through Duke Integrative Medicine as a health coach and has lived in Hampstead since 2013. The other two people attending were class regulars Suzanne and Jeff Karako, a married couple who also live in Hampstead. 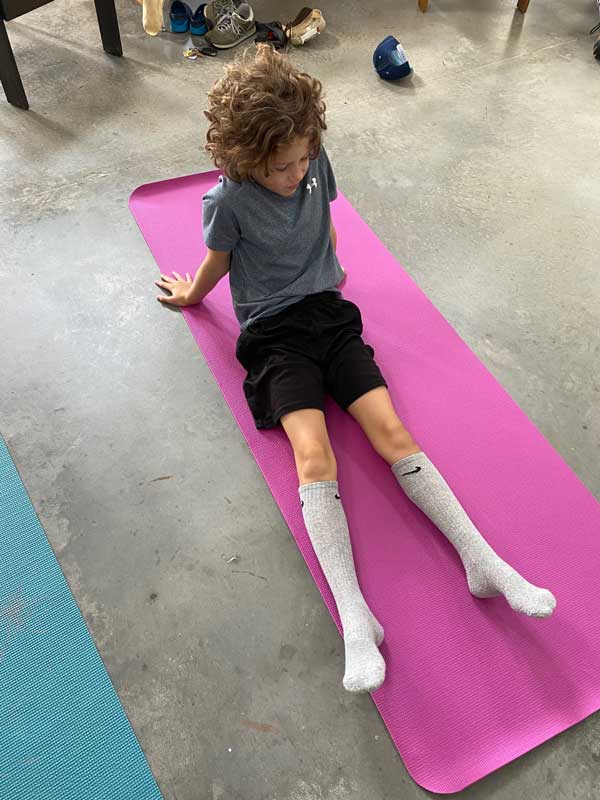 The class was going well and the small group ran through every pose that Joanna called for, uniting us in a cloud of concentrated positive energy, each person testing their physical limits and delving into their cerebral frontiers.

We were in a posture lying flat on our backs, hugging our knees to our bodies. As I’ve gotten older (fatter), assuming certain positions cuts off the air supply to my lungs, like belly fat is pushing my diaphragm into my respiratory system.

So, as I lay there hugging my knees with my arms, concentrating on my feeble inhales and exhales, focusing softly on the ceiling, inching ever deeper, and maybe just a breath away from communion with my true inner essence, I hear Alice giggle and say, “Dad, your face – I see the veins inside your eyeballs!”

That was not a pleasant return to reality. What kind of red-faced, bloated yoga monster did I look like? The self-consciousness I had left at the door came rushing back, trampling my inner peace.

Later in the class, during another dead-quiet moment when Zen was tiptoeing in, out of the blue Alice whispered, “Can we go to the beach today?” I am a true beginner, but even I understand that inner focus is essential for an effective yoga session. Chit-chat must wait. All I could do was encourage her to listen and try to quiet her mind, which is a near impossibility with a fourth grader.

But just revealing the first thin layer of the practice to my kids is a good beginning. For these formative years they will see me practice the poses. They will hear me espouse the virtue of living in the present and not sweating the past or fretting over the future too much. They will be aware that concentrating on the breath can center them into a state of calm and openness in any situation.

There is a true and deep mind-body connection and the sooner they learn that, the fuller their lives will be. At least that’s the lesson of the summer and one I keep relearning. With more study, maybe my mind will do something about my body’s belly fat.