Diving Under the Surface of Science

Funky Fins is everything to Chris Lener, the retired marine biologist and teacher who founded this hands-on educational program for the kids of Topsail Island in the summer of 2022.

“It’s everything that I love: it’s science, it’s kids, it’s hands on, it’s conservation, it’s education,” she says. “And I’m doing it because I love it. … I had my career. I don’t have to do this. But I really enjoy it.”

Children ages 4 and older are diving full-force into Lener’s 60- or 90-minute summer programs, taught right on the sands of Topsail’s Beach Access 10 near the water tower.

There’s an Explore the Shore scavenger hunt, a Learning with Loggerheads class, an Aquanauts program that has students building a portable bathyscope and more. Some classes even welcome the entire family to dip their toes in the ocean and explore. 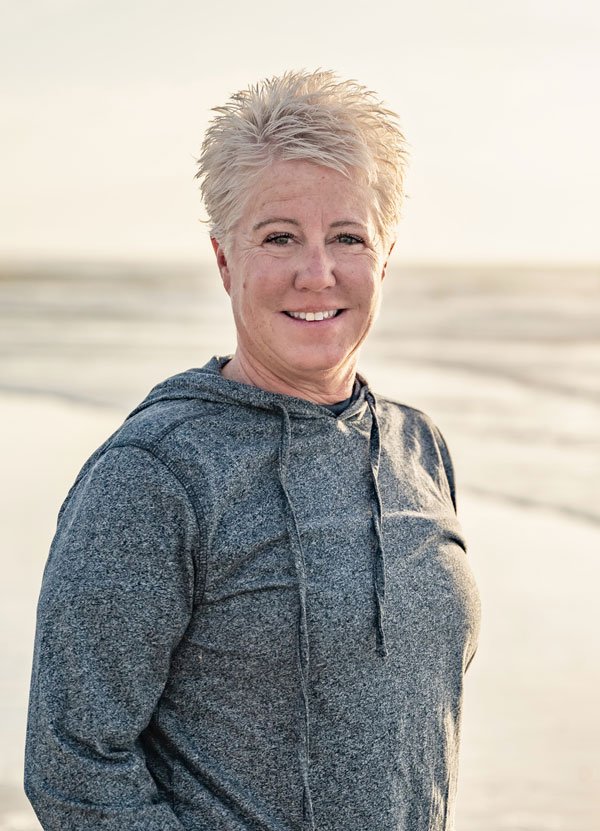 “I just really love the kids and working with them in person,” Lener says. “And I really love this area because these are my people. Everybody’s about conservation and environmentally focused.”

Post-graduation, she first worked at the Maritime Aquarium at Norwalk, specializing in sea turtle migration, until she had her first child.

“When I left, people said, ‘You’re really good with kids. You should start doing something with kids,’” Lener says.

So, she started up a precursor business to Funky Fins called Traveling Squirts, which catered to kids from preschool to fourth grade and had Lener traveling all over the state of Connecticut and New York teaching marine science to kids for the next 15 years. Lener’s next gig took her away from the beach and landed her in the classroom for a 20-plus-year career teaching science in an independent school.

Fast-forward to 2018, when Lener and her husband, now in their mid-50s, closed on their house here in Topsail Beach, following the move of their son, a teacher at Cape Fear Academy, and daughter, an athletic trainer at the University of Alabama.

“My kids are grown, and I’m kind of going back to my roots,” Lener says. “I found this really awesome new place, which I find really exciting, and they probably spend 99.9 percent of the time in the water and on the beach here.” 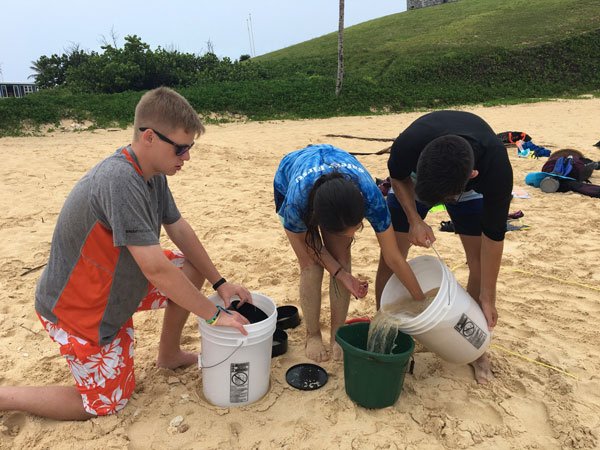 But, when COVID hit and before Lener and her husband officially moved to live full time along the Carolina coast in June 2022, schools were closed and she was forced to write online science curriculum for many publishers from her home in the north.

“When I came down here and COVID started settling down, I really missed [teaching] the kids,” she says. “And I thought, ‘What can I do and offer the community that would be fun for the kids?’ Everybody kept saying, ‘Do what you know how to do best.’ So, I started Funky Fins over the summer.”

It didn’t take long for Funky Fins to take off and catch on in the Topsail Beach community (and those visiting) over the summer, expanding from programs for kids and teens into programs for families and adults, based on high demand. In the fall of 2022, Lener kept busy teaching hands-on science programs for small groups of kids enrolled in homeschool.

“I’ve been meeting at Soundside Park in Surf City and doing programs with kids there, which has been super fun,” Lener says. “It’s more of a general science theme, so I’m teaching anything from why leaves change colors to a little bit of ocean conservation to force and motion. I’m really teaching hands-on science because, what I’m finding in the schools and what the parents were telling me, was that we’re missing the hands-on piece. … I learned kinesthetically. That’s how I learn: by getting down and dirty and touching things and exploring things. And I think that’s why it’s been really popular because people are trying to get back the hands-on learning aspect of science.” 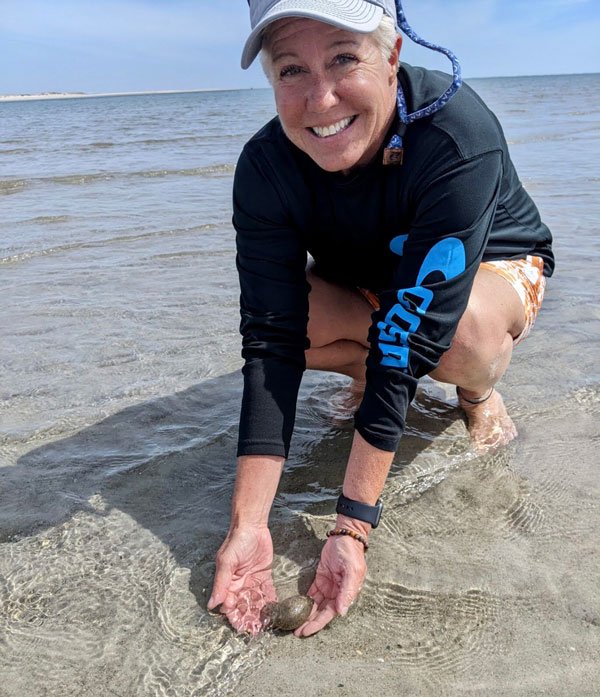 If that’s not enough, the retiree is also working as a private tutor and part-time teacher of hands-on science for a small private school in Hampstead in the off-season. She says she’s also up for doing pop-up science class in the park for kids at home over the holiday break.

Lener and local artist Cheryl Crane also are planning some sort of science and art series in the spring before she gears back up for her Funky Fins summer programming.

“I just really want kids to be excited and to love science,” Lener says. “I feel that right now, as a part-time teacher in the system and a tutor, I’m seeing a lot of paperwork, and when I talk to kids, I find that science is something that they just want to get done. They don’t see how it fits into their lives. What I always try to do is make it real to them, so that they can relate it to real-world situations. … If I can make it fun for kids, that’s half my battle. And if I can use the ocean and the environment as the vehicle to get them excited about science, then it’s a win-win for me.”

WANT TO LEARN?
For more information on how to book a Funky Fins class or schedule any science programming with Lener, visit: google.com/view/funkyfins/home or Facebook.com/funkyfins