Two generations of Burkees are studying together at Cape Fear Community College.

When Nick Blair first looked over his class roster for Design Process, the Cape Fear Community College instructor figured there had been an inputting error when the name John Burkee was listed twice.

“I thought they had made a mistake and signed him up twice,” Blair says. “Then I saw they had different student numbers.”

There was no mistake. It was just a Burgaw father-son duo looking to continue expanding their knowledge. 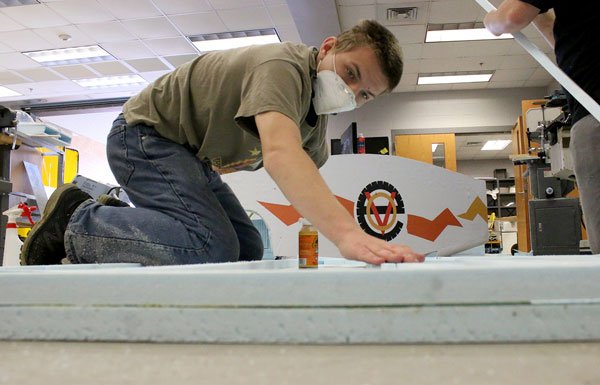 When John Burkee Jr. got out of the Coast Guard following 30 years of service in 2012, he spent time working overseas for a company that serviced Coast Guard ships. The new job often meant weeks away from his family, something he hoped to avoid after being stationed across the globe during his time in the service. He tried to land a position back in the Cape Fear region, but many employers couldn’t move past his lack of a degree, despite 30 years of engineering experience.

“I did try to apply for an instructor job one time that opened up for marine engines, and I didn’t get that,” Burkee Jr. says. “So after that, I just said to heck with it and I just decided to go get my associate’s in applied science. So, I went to the VA and asked what they could do for me, and they gave me a Chapter 31 and I took off from there.”

Meanwhile, John Burkee III was working his way through high school and college level classes as a student at Pender Early College. When his father expressed interest in going back to school, Burkee III quickly realized that his course load would eventually line up with what his dad was interested in, meaning there was a chance they would eventually become classmates.

With a full semester for each still to get through, the father-son duo found themselves in class together approximately 10 times. It’s created a ready-made partner, which has become crucial as restrictions and social-distancing measures remain in effect due to COVID-19.

“For our automation class, there’s these stations, and since there’s two of us, we can actually take two separate stations and work together,” Burkee III said. “Right now, both of us are probably ahead in the class by a really long shot because we’re able to work together.”

After finishing his associates in applied science, Burkee Jr. hopes to help others find the same passion that fueled his time in the Coast Guard by one day becoming an instructor. It could be argued he’s already had his first student. 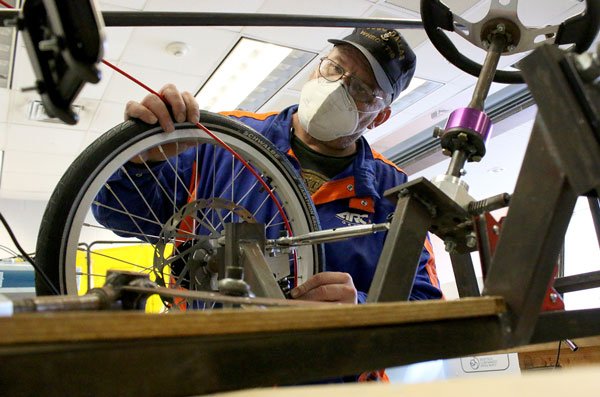 Following his graduation from Pender Early College and CFCC in the spring, Burkee III has made plans to follow in his father’s footsteps.