Leaf & Barrel Fills a Niche (or Two) in Hampstead.

My buddy Dave and I get to Leaf & Barrel Provision Co. in Hampstead about 15 minutes before its 2 pm scheduled opening, so we saunter over to Reel Pizza in the adjacent building for a slice or two of pretty decent pizza.

There we chat up Todd, the transplanted Bostonian owner and former engineer, who tells us that the guys next door are doing a slamming business. He benefits from such symbiosis, because Leaf & Barrel doesn’t serve any food, and Todd doesn’t serve anything stronger than ginger ale. And most folks know that beer and pizza are as joined at the hip as these two stores are. Hence, Todd is kept busy by the clientele of the guys next door whenever there’s a crowd of people — which is almost always. 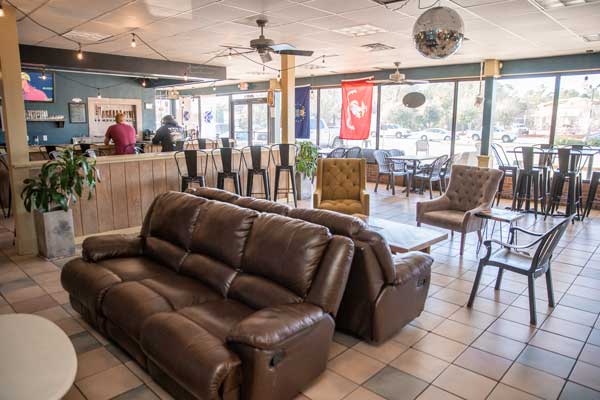 But Todd makes some poignant observations. The “Leaf” in Leaf & Barrel’s name stands for the tobacco leaf, and the beer business — a former Subway sandwich shop — has a climate-controlled walk-in humidor housing some of the finest cigars on the market.

“Theirs is the only place on 17 between Wilmington and Jacksonville where a cigar lover can get cigars like that,” Todd offers. “That’s huge.”

And it might be “huger” if N.C. law allowed the smoking of them in the comfortable living room lounge area inside the store — but it doesn’t. According to co-owner David Blackwell, the business has to be declared a “private club” to allow for that, and it isn’t licensed as such. So you’ll have to take your Macanudos, Perdomos, Arturo Fuentes, Romeo y Julietas, Cohibas, et. al. and enjoy them outside. 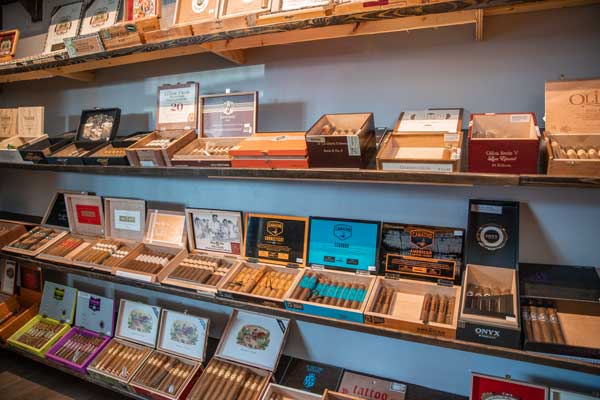 Not that there’s anything wrong with that, especially in season. Leaf & Barrel is an event-driven business, and, as such, it hosts bands who play on an outdoor stage next to the shop. Beer, wine, music, cigars and temperate weather usually make for an ideal situation.

The business also raises money through various events for worthy causes. They donated $15,000 to the Cross Creek Neighborhood, which was devastated after Hurricane Florence. And they helped a former bartender with a $3,000 donation after he suffered complications from hip surgery. Being retired Marines, they also raise money for Toys for Tots and donate to a surf charity that takes medically challenged kids surfing as therapy.

The brisk business veteran-owned Leaf & Barrel is already doing will only get “brisker,” according to Pizza Man Todd, as the Hampstead area’s population is burgeoning. “New condos and such are going up all the time around here now,” he says, “and while it’s bad for traffic, it’s great for business.” 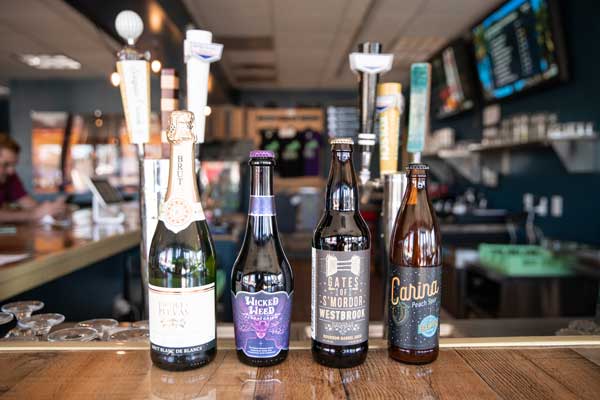 That’s a telling point, because as I chat with Blackwell over one of his 18 on tap craft offerings (there are between 100 and 200 beers in the place on shelves and in the walk-in cooler), he shares that he and his family just bought a new place up the road. It will be dubbed Even Tide, named for his uncle’s boat, and it will feature mostly local N.C. beers.

Leaf & Barrel has a good selection of those, too, but it also carries funkier stuff, like Wicked Weed Funkatorium and even a Trappist beer from Spencer, a New York monastery. Even Tide will focus on local breweries.

I also mention to Blackwell that after his place, we are heading up to Surf City to check out a place called Swingbridge Cork and Brew. He says, “You can go there, but you won’t find anybody there. It closed operations in November.” Then he adds, “We bought it, and that’s where “Even Tide will be.” 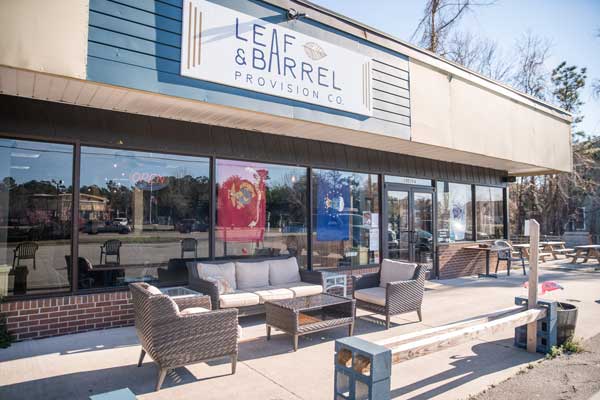 The principal owners are Jerry and Jeremy Coy, Jim Brekhus (all USMC retired) and Blackwell. Blackwell allows that he would be the guy managing both places when the time comes, and, as already noted, the new place will focus on local stuff, including mainstream beers in cans. “You’ll be able to watch sunsets over the sound while enjoying your craft beer,” he says.

I didn’t ask if cigars would be a part of the new place’s modus operandi, but if so, that sounds like a plan.
Even if you have to go outside to smoke’ em.