Who really remembers, year to year, what they did for past Super Bowls? They all start to bleed together, and that’s whether you go to big parties or simply stay home and watch with your family. It’s the same bean dip, variations of the same corny commercials and a fuzzy montage of countless players throwing, running and hitting each other in an indistinct memory dogpile. All of those critical gametime moments that made you high-five someone are quickly forgotten.

If you’re looking for an alternative to the traditional Super Bowl Sunday and crave something truly memorable, there’s a show coming to Surf City that may be the answer.

On Sunday, February 13, Tortuga’s Nest will host Extreme Dwarfanators Wrestling from 6 to 9 pm. Yes, that is a lot of mental images to absorb in one blurb. If wrestling dwarves isn’t enough to grab your attention, now take it to the extreme! Plus, are dwarfanators mini-cyborgs? So many questions that can only be answered by seeing it for yourself. 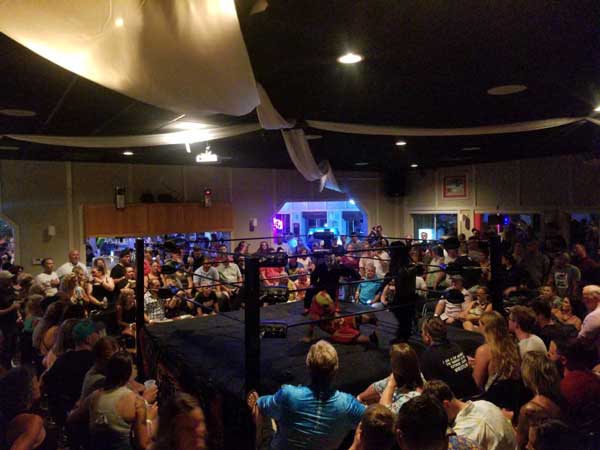 This is the fifth time that Tortuga’s Nest has hosted the group, and the seventh time that they’ve performed in the area.

Angela Crain, owner of Tortuga’s Nest and multi-time hostess to this traveling show, explains the appeal and draw.

“We have people from all walks of life in attendance, young folks to people in their 70s,” Crain says. “These aren’t our typical regulars. They are people who come for the wrestling and the spectacle. It is fun to watch. All the wrestlers are in costumes, and there are also metal chairs and trash cans involved. The performers are a blast and get the crowd involved, oftentimes going into the crowd and interacting.”

Extreme Dwarfanators Wrestling is based in Texas, and most of the wrestlers are from the west coast. (They are also under new management, which sounds like an improvement for all parties involved.) Different wrestlers come each year, and stopping by their website (dwarfanators.com/) will introduce you to many of their athletes and set the stage for the Dwarves vs. Midgets showdown, and there is a distinction. Dwarves are a little taller, as it turns out. 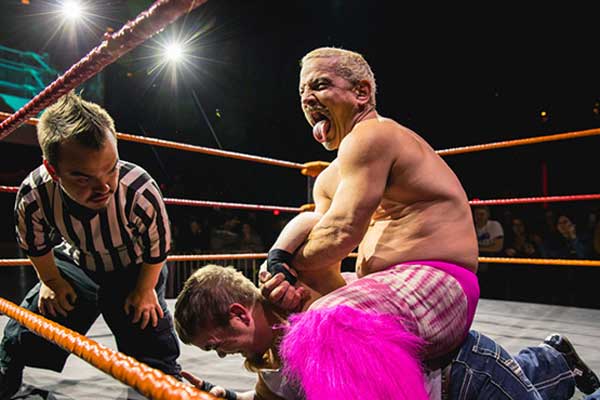 While many people may not schedule that night’s plans around the Super Bowl, it is obviously a variable in booking the event. Tortuga’s Nest has tried to accommodate the event and the football game, so guests can partake of both events.

Crain explains: “The start time was pulled back to 6 pm to sync with the Super Bowl Halftime Show, so guests can enjoy it during a break in the wrestling action. We normally book a year in advance so the timing with the Super Bowl wasn’t an issue then. The football game will be playing on the big screen.”

All guests need to have tickets for the event, but they’ll open the doors back up at 9 pm after the show for normal hours.

This year, don’t overthink the head-to-head competition between Matt Stafford and Joe Burrow. Let your lasting memory be the image of Lumber Jack jumping off the turnbuckle to slam Nasty Boy’s head into the metal chair alongside the ecstatic whoops of your friends and neighbors.