July may be ice cream month, but Celtic Creamery TI’s luscious flavors will have you screaming for ice cream all year long.

The Surf City shop is owned and operated by Sean and Kristy Simpson, with special help from their children, Giada, Kash and Kane. College buddies, Sean Simpson and Hogan are both accountants and now, both ice cream makers. And although Americans eat nearly twice as much ice cream as folks around the world, Hogan, a Carolina Beach resident, found the ice cream of his dreams in Ireland. 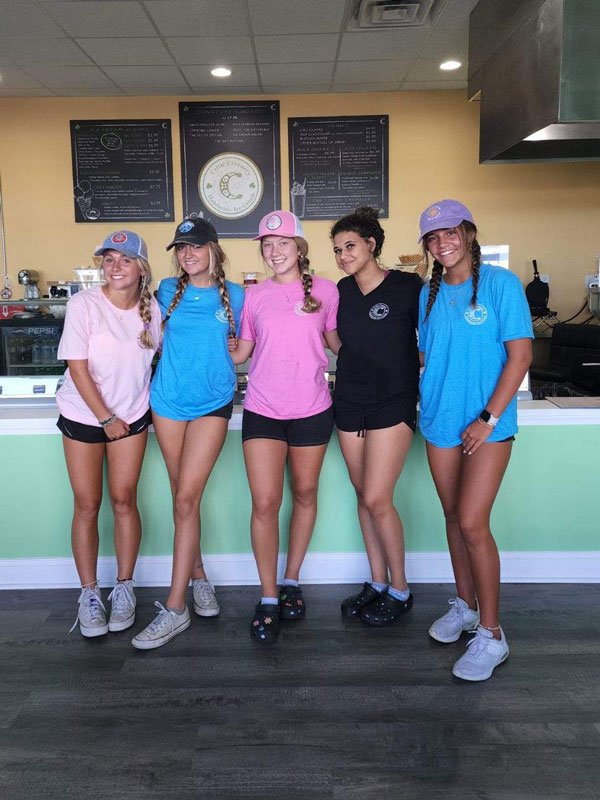 “I found the creamiest ice cream in Ireland several years ago on a visit,” Hogan says. “I wanted to bring it to the U.S. and after several asks, I finally convinced Joanna to let me share her recipes.”

Joanna is Joanna McCarthy, the originator of the Irish ice cream, co-owner of the Celtic Creamery franchises and the mastermind of all of the ice cream recipes. McCarthy has made award winning ice cream in Ireland since 2005. Her shop, Sundaes, is in Ballybunion, Ireland, on the shores of the Atlantic. The shop’s ice creams, regularly nominated for awards, captured Hogan’s tastebuds and drove his desire to bring those flavors to the United States.

Some of the special ingredients for the ice creams are imported from Europe, Hogan says, though North Carolina and South Carolina cows provide the milk for the sweet treats.

The secret, he says, is in the butterfat content and making the ice cream fresh each day.

“We have many unique ice cream flavors that truly bring the wonderful flavors of Ireland to the states,” Hogan says, “Irish Butter Pecan, Living the Dream Orish Cream, From the Sea and the Bee, Celtic Coffee.”

Celtic Creamery boasts 58 handmade flavors. They offer many toppings, including the traditional nuts, chocolates, fresh fruits, waffle cone crumbles and cookie crumbles.
“There’s been no left-over ice cream,” Simpson says. “We’re so pleased with the community response in the short time we have been open. We’re excited about the future.” 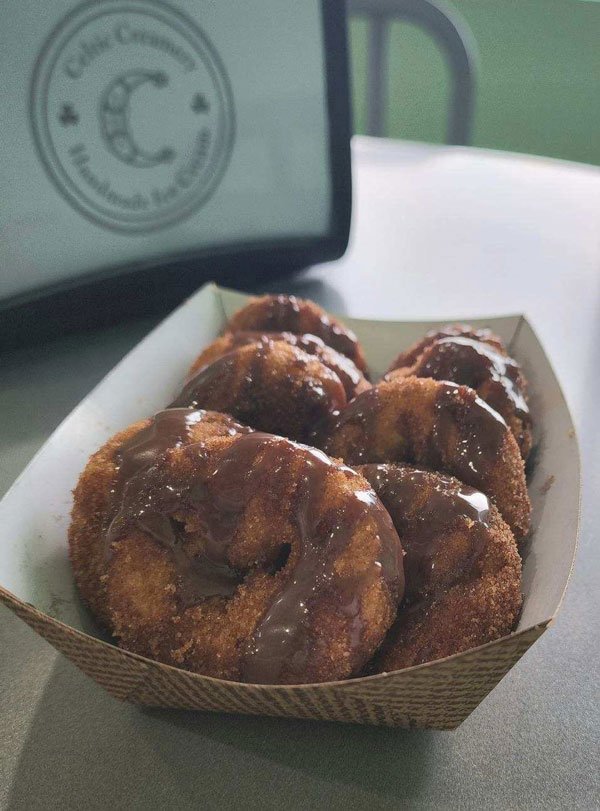 A year-round business, Celtic Creamery TI has seasonal hours. Check their Facebook page for hours of operation. For now, the Simpsons invite everyone to try ice cream inspired by Ireland and made right here on Topsail Island.