“Having been on campus for a bit now, I’ve gotten to know some of the student-athletes, coaches and staff here at Topsail,” he says. “I was excited before, but now I’m eager to get fall sports started. I’m looking forward to helping all our Pirate programs be the best they can be and keeping that sense of pride going in our community.” 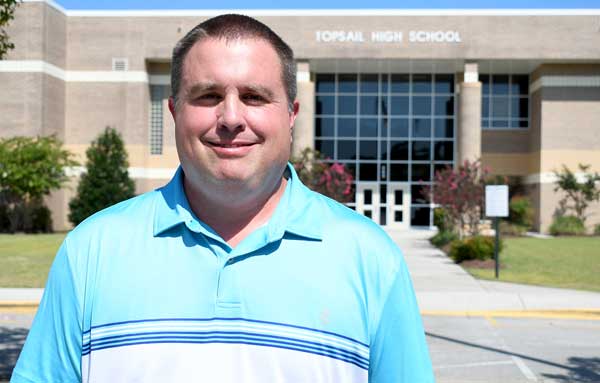 An undergrad of Elizabeth City State, McGee earned his master’s degree from Western Kentucky in 2016.

“Coach McGee brings a wealth of experience to our school and athletic department,” says Topsail High Principal Dr. Larry Obeda. “Already, he’s been working diligently with our coaches as they start fall practices in preparation for the season. We’re certainly glad to have him on staff leading our athletic department.”

Ingar Sidbury has been promoted to head coach of the Topsail girls basketball program. He has served as a varsity assistant and junior varsity head coach for the past several years.

The 2011 alum attended N.C. State following high school and has been working as the junior varsity boys coach at Fuquay-Varina High School the past several years.