A Rich History, A Promising Future

Camp Davis contributed to the massive growth of Holly Ridge in the 1940s, and the site, now an industrial park, continues to be responsible for the area’s growth today.

Camp Davis began in a sleepy town of just a couple dozen people and became a historic military facility that would make waves in more than one way and lead to a phenomenon known as Boom Town in Holly Ridge.

It was home to a number of military units in the 1940s, and a small part of it still exists as an outlying field used for training.  Named for General Richmond Pearson Davis, the camp just outside of Holly Ridge was built in five months and 10 days after the contract for $16.8 million was let in Washington, D.C., on December 14, 1940.

The camp opened to the first troops in April 1941. By the summer of 1941, Camp Davis was operating at full capacity and had already established a number of firsts in the military. By the end of the decade, though, the camp had run its course. 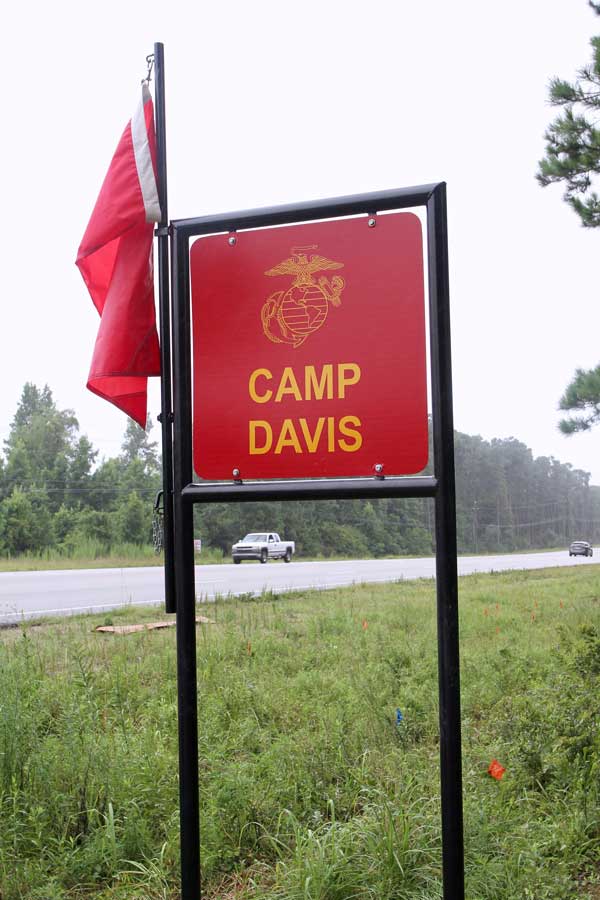 Today, a small area known as Marine Corps Outlying Field Camp Davis (MCOLF) is fully operational, but “is not manned, as no control tower, and no services available,” according to Museum of the Marine historian LtCol Kim Kimball, USMC Ret). Kimball says that the “OLF is actively used for many purposes, but mainly in conjunction with helicopter and Osprey training.”

Camp Davis originally served primarily as an antiaircraft artillery (AAA) training center for the Army and predated the neighboring Marine base, which became Camp Lejeune.

In October 1944, the camp served as an Army Air Forces Convalescent and Redistribution Center (AAFCRC) until August 1945. It was then acquired by the Marine Corps, which released it to the Navy in June 1946. The camp was deactivated and dismantled in January 1948.

Throughout its short term of service, Camp Davis was home to pioneering women pilots, a unit of Black soldiers, a group of prisoners of war, troops from the Dutch Marines and the first Army barrage balloon training center. It also helped to increase the population of the once small town of Holly Ridge to between 60,000 and 100,000 people, leading to it becoming known as Boom Town among soldiers and residents alike.

In 1943 the Army Air Force established the Women’s Army Service Pilots (WASPs) program. These pilots were trained as transport pilots, flying new airplanes from the factory to the bases where they were assigned. In the summer of 1943, the decision was made to allow WASPs to fly tow target planes at Camp Davis, and they implemented a training school there for advanced training for these female pilots. 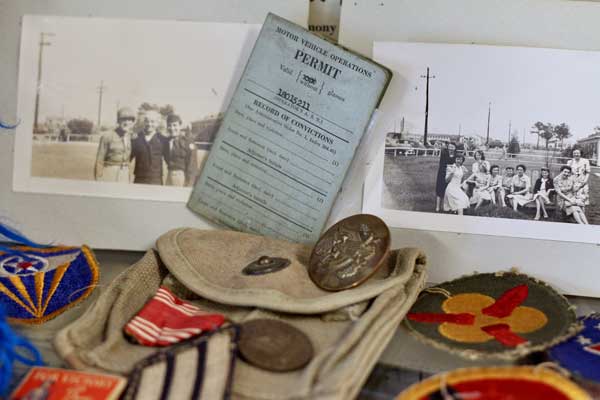 Janine Stidley, director of the Missiles & More Museum in Topsail Beach, points out that a select few of these women were then chosen to fly other missions. They were assigned as fly bombers and to strafing and searchlight missions. The WASP unit was disbanded in December 1944.

Stidley also points out that Camp Davis was home to an all – Black coastal artillery unit, a 155mm Army regiment, the “only all – Black troop of its kind.” Training was integrated, but the Black troops lived in separate quarters, although a few officer candidates resided together.

Members of the 54th Coastal Artillery Regiment and the 450th AAA Battalion had separate facilities for the most part, including a theater and service club. The Army would not fully integrate troops until the 1950s. The camp was also home to the Barrage Balloon Training Center and School, the first of its kind in the Army.

When this school was established in 1941, Camp Davis was the only military post in the country with the three principal elements of coastal artillery, including barrage balloons, anti-aircraft and seacoast defense, under a single command.

Camp Davis also hosted foreign troops for a time, some of whom definitely did not choose to be there.  LtCol Kim Kimball points out that German prisoners of war (POWs) were kept there beginning in March 1944. The Camp Davis POW camp was in the Maple Hill area and housed German troops that were captured primarily in North Africa. These prisoners were moved to nearby Fort Bragg after the camp’s closure.

Kimball says that “these POWs, here and elsewhere, played a significant role in augmenting the civilian workforce, especially farm labor, where there was a critical shortage, all within the Geneva Convention.  They also served to reinvigorate conservation projects formerly handled by the CCC.” The CCC was the Civilian Conservation Corps, a work relief program that operated from 1933 to 1942.

The Marine Corps took over Camp Davis in 1945 and established the “only facility and service in the U.S. to reorganize, train and equip a complete foreign military service, in this case, the Royal Netherlands Marine Corps,” Kimball states. He emphasizes that this was a “unique accomplishment and accolade for the base, and the Corps.

”After successfully completing their training at the camp outside of Holly Ridge, the Dutch Marines “embarked for service overseas under their country’s colors.” When the Navy took over, they established Operation Bumblebee at Camp Davis. 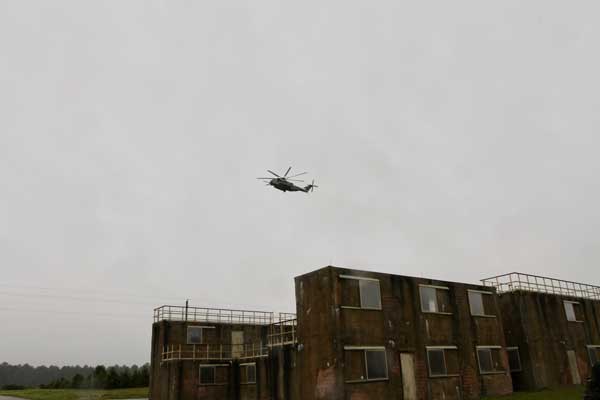 A secret guided missilemtesting program, the operation expanded onto Topsail Island.  A full – size Talos guided missile, part of the mission designed to test the feasibility of building-a-supersonic guided missile, is located in front of the Missiles & More Museum today.

Camp Davis looks much different in 2021, although it continues to be responsible for growth in Holly Ridge and the surrounding areas.

The industrial park recently established there was originally developed by a local businessman, Tom Rollins, and his family, who own Gulfstream Steel and acquired the property in 2004. A $150,000 Rural Infrastructure Authority grant was approved in April 2021, under the state’s Rural Demolition grant program. These funds are being used for the demolition and removal of asphalt taxiways and runways to enable a second phase of development to progress.

With 41,000 acres still being used for neighboring MCOLF Camp Davis and new businesses continuing to be attracted to the new industrial park, Holly Ridge and the surrounding areas are once again becoming a Boom Town. The Camp Davis Industrial Park now houses, number of growing businesses, inspiring economic growth in the Holly Ridge area.

Onslow Bay Boatworks, Atlantic Seafood, Highland Paving, Blue Water Candy and Crete Solutions are among the companies that are now making their home in the spot that was once a unique military establishment.