A Place in History

In 1949 the Ocean City Beach community made history on Topsail Island. Fifteen years before the official end of segregation, Ocean City Beach was established as the first residential beach community with Black home ownership in the state of North Carolina. In December 2021, the community made history once more by becoming the fourth recipient of a marker signifying inclusion in the North Carolina Civil Rights Trail.

Markers along the trail highlight and acknowledge tireless civil rights efforts, some well-known and some unsung. That description certainly fits Ocean City Beach, an eclectic mix of historical homes, community buildings and firsts. It is also the site of the state’s first African-American owned fishing pier, located on the site of a former U.S. Navy “Operation Bumble Bee” observation tower. 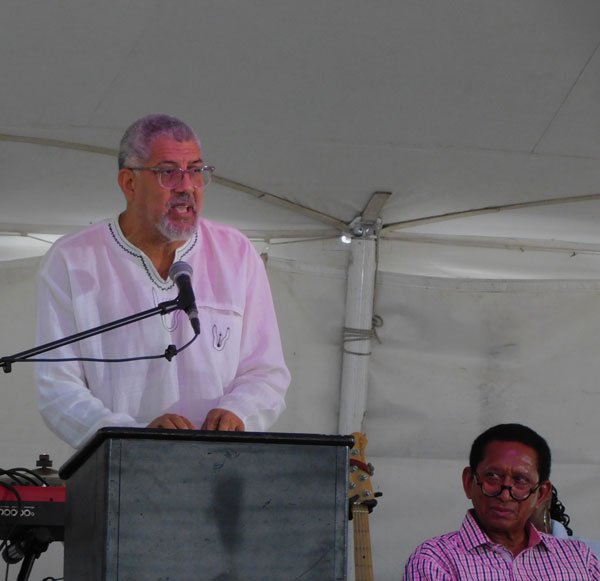 Speakers participating in the unveiling ceremony shared words of pride, accomplishment, recognition of the historic challenges and acknowledgment of the momentum that needs to continue.

Floyd McKissick, Jr., commissioner of N.C. Utilities and former state senator, who also grew up in Ocean City Beach, delivered an impassioned address as well. His father, Floyd McKissick, Sr., was a civil rights leader, the first African-American student at the University of North Carolina School of Law and founder of Soul City in Warren County, North Carolina.

Speakers also included Angela Thorpe, Director of the N.C. African American Heritage Commission, and the Right Reverend Robert Wright, the tenth and current bishop of the Episcopal Diocese of Atlanta and the first African-American to be elected to the position. 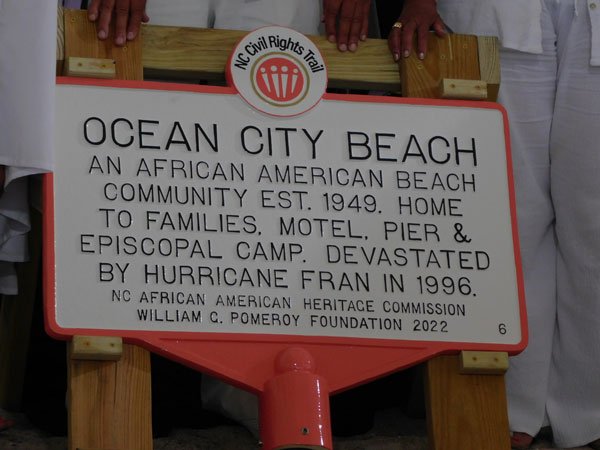 Excitement over the Civil Rights Trail state designation filled the warm, humid July air throughout the unveiling ceremony. As Shawan Wilson began singing “A Change is Gonna Come,” the level of enthusiasm soared well beyond the top of the tent under which the crowd gathered.

Leading the unveiling and wrapping up the ceremony, Kenneth Chestnut reflected on the significance of Ocean City Beach’s history and what the N.C. Civil Rights marker means to everyone in the community.

Carla Torrey, president of the Ocean City Beach Citizens Council, initiated the process that brought the Civil Rights Trail marker to Topsail Island. Torrey is a second-generation Ocean City homeowner as well. Her father, William Eaton, bought property there in the 1950s. Torrey says her father was a contractor who “built a little over 30 homes there.” He also built the motel and the chapel.

Torrey worked with Angela Thorpe to complete the application for the N.C. Civil Rights Trail marker. She started the process in the summer of 2021, submitted the application in October and was notified of Ocean City’s acceptance in December. She says, “To me, it’s a way to continue to preserve the history of the community and to let other people know about our history and that we’re still here.” 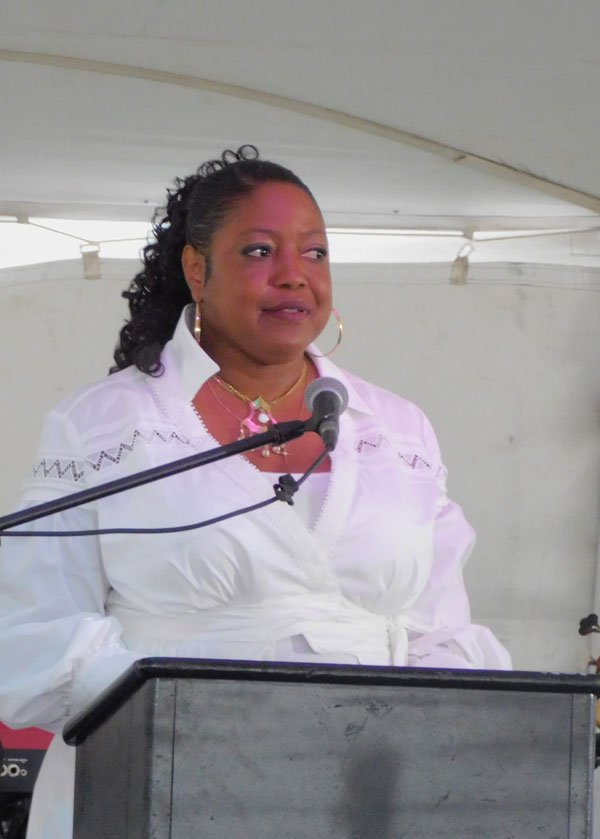 Adding that her own research led her to new discoveries about the Ocean City community, she says about the N.C. Civil Rights Trail inclusion, “I hope it makes people do a little more research about the climate and how the development of the community was an anomaly. It teaches people perseverance.”

The marker unveiling ceremony also kicked off the Ocean City Jazz Festival with a performance by the George Freeman Band. Held July 2 and 3, the 12th annual celebration is the first fully in-person festival for the community since 2019.