A New Program at THS

Topsail High School is one of only six high schools in the country to have a U.S. Coast Guard JROTC Program.

A United States Coast Guard JROTC program has officially been established at Topsail High School (THS), making THS one of only six high schools in the country to have such a program.

“About nine weeks ago about 80 students made their way across the parking lot, right out those doors, to our classrooms, and each had their own reasons for being there, but I would dare say none had a full understanding of what they had signed up for,” said Joseph Solomon, Senior Maritime Science and Coast Guard JROTC instructor at Topsail High School. “They are in a sense what we in the Coast Guard call ‘plank owners,’ an inaugural crew challenged with the daunting task of building a unit from scratch, and that’s what they’ve been hard at work doing.” 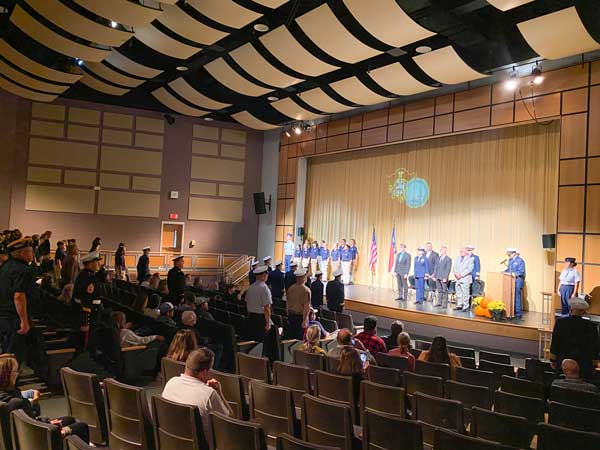 “Serving your country in any way is something you can be proud of as long as you live,” said Representative Smith. “One thing is for certain, the JROTC experience itself will help mold you into who you will become.” 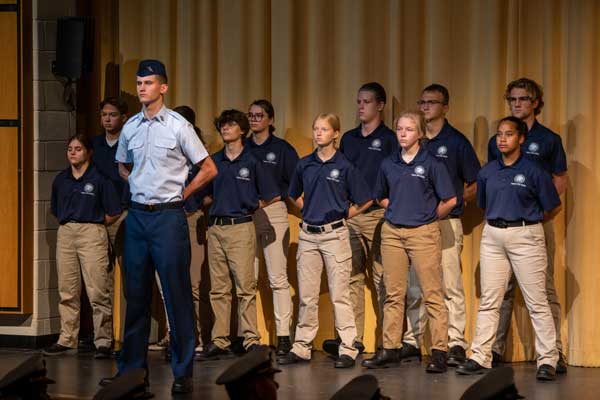 JROTC consists of a three-to-four-year curriculum rich with experiences in and outside of the classroom. Cadets wear a Coast Guard JROTC uniform one day a week and they learn first aid, government, citizenship, ethics, Coast Guard history, seamanship and navigation, among other things. They also can participate in extra-curricular aspects of the program such as drill team, color guard, air rifle team, Raiders (athletic team) and summer leadership camps. Each unit has two maritime science instructors — a retired Coast Guard officer and a retired enlisted member.

Cadets must follow grooming standards as set forth in the Cadet Field Manual and they advance through a cadet enlisted/officer ranking system as they demonstrate increased responsibility and leadership.

“Sitting over there is our future and that’s why we as a community pull together and rally behind them to make great things happen,” said Pender County Schools Interim Superintendent Dr. Michael Bracy. “This program is one way that we’re going to see the amazing things that happen for students here at Topsail High School.” 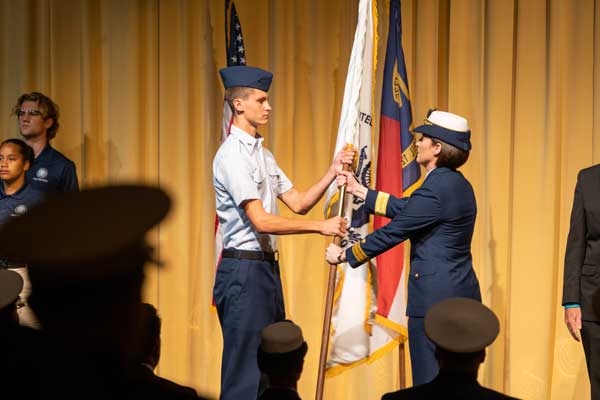 To participate in JROTC, students must be in grades 9 to 12, with some exceptions for eighth graders. They must be citizens, nationals of the United States or those lawfully admitted to the United States for permanent residence; be physically fit; maintain acceptable standards of scholastic achievement and an academic standing that warrants at least normal progression leading to graduation; and maintain acceptable standards of conduct and grooming.