The Town of Surf City is pleased to announce that Lt. Phil Voorhees, who currently serves the Surf City Police Department, has been named Surf City’s new police chief. Upon the retirement of Chief Ron Shanahan, Lt. Phil Voorhees will assume the roles and responsibilities of chief beginning January 1, 2022.

Chief Shanahan began and will end his career serving the citizens of Surf City as his top priority. He was first hired as a police officer in 1993 and quickly rose through the ranks of the police department and was promoted to the rank of captain in 1999. He served as the assistant chief and then chief. 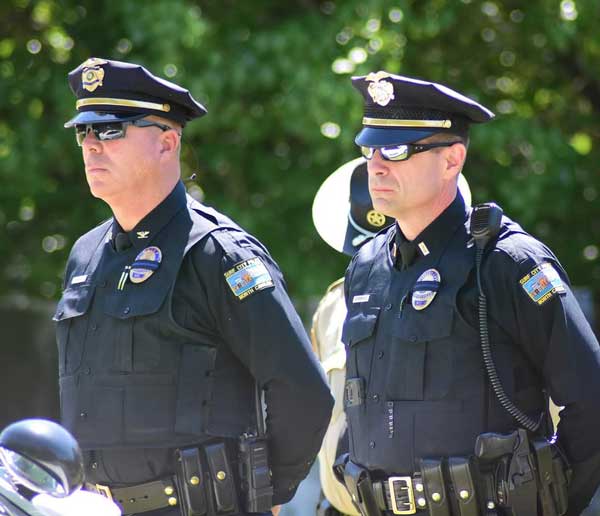 “During my time with Chief Shanahan, he has demonstrated a continuous positive impact on our community, implementing programs tailored to both residents and visitors,” says Surf City Town Manager Kyle Breuer.

Voorhees has been with the Town of Surf City for the last 14 years. He has worked in the Chicago Police Department and served under the Surf City Police Department as a patrol officer, sergeant and lieutenant. Voorhees is a law enforcement instructor, specialized firearms and Axon Taser instructor, and in-service training coordinator and holds an Advanced Law Enforcement Certification. He is a graduate of the Coastal Plains Law Enforcement Management Institute and a graduate of Campbell University and has attended more than 550 classroom hours of leadership management training. The Town of Surf City looks forward to continued excellence of the Surf City Police Department, community policing programs and overall effective leadership as Lt. Voorhees steps into his new role as police chief.

“Surf City has been incredibly grateful to have had Chief Ron Shanahan serve the length of his career in our police department,” says Mayor Doug Medlin. “Lt. Voorhees has worked hard alongside our chief for the last several years and his experience and existing relationships with town employees and our community will make for a very smooth transition.”