A Lotus Blooms in Sneads Ferry

The Crooked Lotus makes a big impact on the coastal craft beer scene.

Upon entering The Crooked Lotus, a craft beer bar and wine emporium in Sneads Ferry, I expect a fascinating story about the origin of its name. You know, rebirth from the mud, spiritual enlightenment, magical myths, powerful symbolism, etc. And the addition of the “crooked” adjective certainly had some major significance, I am sure. 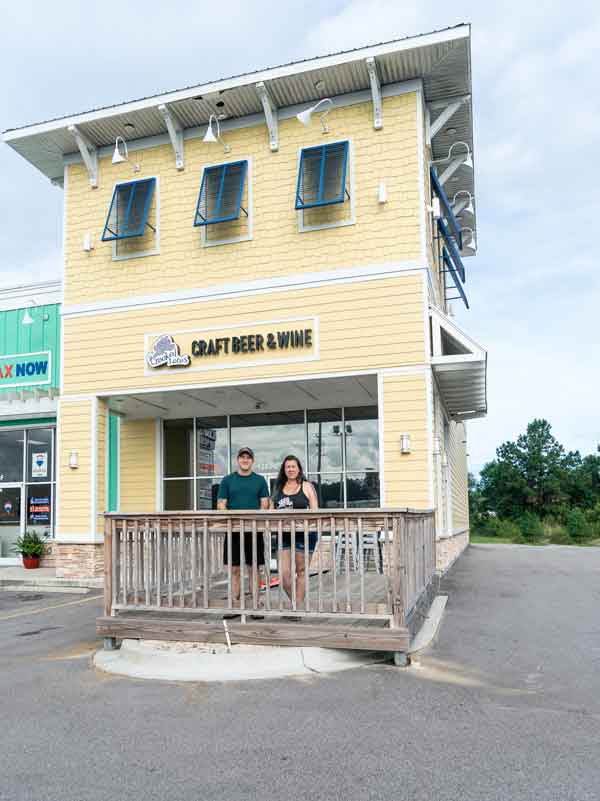 The real story is fascinating, all right, but has nothing to do with any of those themes. My hunch about crooked is justified, though there’s nothing crooked about the place or its alpha-personality owner, Nicole Schmidt.

The physical space is impressively designed — clean, comfortable, minimalist and supremely well-organized. Heck, there’s even a USB port under the far end of the bar that allows you to charge your device (which yours truly required after Waze chewed up a big chunk of battery on the ride up from OIB).

I learned that Schmidt, with a background in interior design, is totally responsible for the look, layout and even the table booths of The Crooked Lotus, which was pretty neat. Though not half as surprising as learning that Nicole “Nicold As Ice” Schmidt was once a force in the bruising sport of roller derby, until a serious ankle injury forced her temporary retirement. 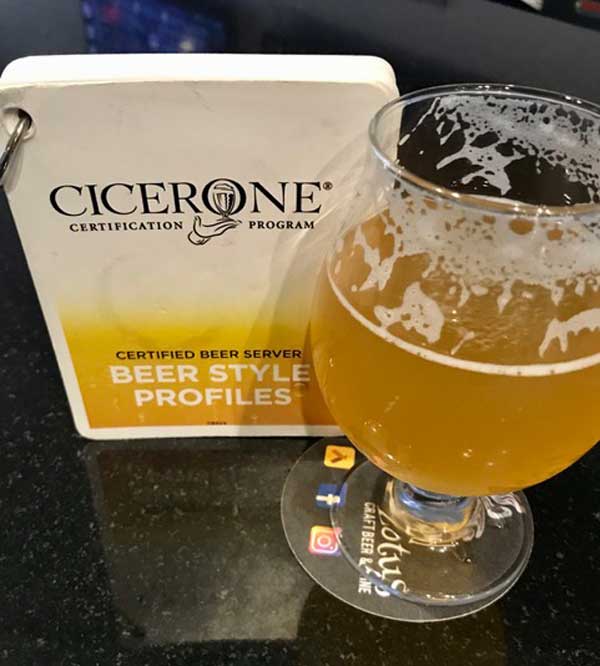 That seems to have been a blessing in disguise, because driven by ambition, Schmidt made the switch from tossing other women over a railing to tossing kegs under her taps and becoming a beer force in the little coastal town.

“The only other place in town that carries beer is the Food Lion across the street, and I guarantee they don’t have what I have,” she says.

True. In addition to the more than 400 beers on her well-organized shelves, Schmidt has really good stuff flowing from the 18 taps on her wall. And she not only knows how to pour them, she knows how to describe them, because she’s also a Certified Cicerone. In fact, every staff member at Crooked Lotus is required to achieve at least a Level One Beer Server certificate, and Schmidt pays for them to do it. Her deployed Marine husband and co-owner, Brandon, is also a Certified Cicerone.

As a child, Schmidt grew up around the bar in her dad’s basement and developed a love for the different flavors and nuances of beer. Later, she found the atmosphere at the now-closed Hopsail Island extremely attractive and dedicated herself to opening up her own place.

She’s done a wonderful job of it, too, and her success speaks for itself. Like most places of its kind, business had been booming until COVID, which affected everybody’s business. But it continues to improve daily. There is live entertainment, and food trucks also visit. There are plans to expand the deck, though on this 95º day, nobody was sitting out there. 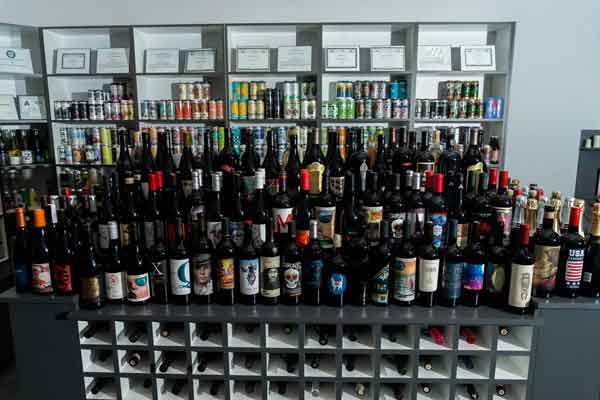 The Crooked Lotus has some wonderful beers for those with discriminating tastes, too. Just check the big boards, and Schmidt will pull you a half pour, a full pour or a flight —set in a specially crafted Lotus pad.

Hint: If you’re a dark beer fancier, try the Blue Blaze/Black Blaze Milk Stout at just 5% ABV, or the 9.2% Koi Pond Wicked Elf Porter. Then you can try figure out what’s bringing the heat in that beer. (Schmidt and I eventually did.) But for a real heat treat, New Anthem’s 11% Roadside Prophet — with poblano, jalapeño, serrano peppers and vanilla — will light your fire.

The Crooked Lotus also offers ciders, hard seltzers and a cyser. Even a gruit beer is available during my visit.

I realize I led this piece with a tease about the origins of The Crooked Lotus name, and I never provided the answer. But it’s better you hear (or see the evidence) directly from Nicold As Ice.

Just don’t get bumped over the railing into the crowd while looking, because she still does roller derby.