Even as it transitions to new owners, Godwin’s Market lives on in the hearts of the Topsail community.

Anyone who has breezed through Topsail Beach on a whim or a stay — and even those who have been rooted here for generations — have paid a visit (or more) to Godwin’s Market.

A mainstay on the island since 1951, Godwin’s Market is more than a grocery store. It’s a beloved member of the community, stocked with generations of tradition and hospitality. And now a new chapter is in store for Godwin’s; in the wake of the recent passing of 76-year-old Mary Godwin on April 6, 2020, the store is being sold to new owners.

“I’m thinking [the new owners] will keep it somewhat historic,” says Annemarie Ferguson, Mary Godwin’s niece, and the executrix and heir to the properties. “I think they bought it because it was historic, so hopefully they’ll keep some part of it. That’s what the people on the island want, that’s a definite.”

The legacy of Godwin’s Market traces back to 1950, when a Mr. Bland from Fayetteville built the market building on Topsail and hired James Averon Godwin to travel from New England in the summers and run the store. J. A. Godwin eventually made North Carolina his permanent home, bought the store from Bland and ran the store and gas station with his wife until he passed away in the mid-1970s. That was when J. A. Godwin’s son, Bill, and his wife, Mary, moved from Graham, North Carolina, to Topsail to help Bill’s mother run the market.

“I know over the years they had big butcher blocks, so they sold meat for a long time,” Ferguson says. “And I know there was a little window in the back of the market, so I think they used to serve as the post office for a little while.” 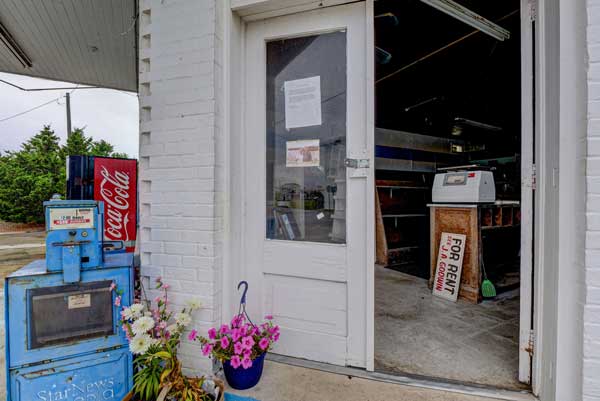 Mary, who grew up in South Boston, met Bill in Boston while he was stationed there in the Navy. The couple migrated to North Carolina after they were married; then it was on to Topsail in the mid-1970s to run the store until Bill passed away in 2018 from dementia. Fondly known as “Miss Mary” on the island, Mary continued at the helm of Godwin’s Market until her death this year.

“I worked at the store with Aunt Mary for three years, and my mom and I would come out every summer from Hampstead,” says Ferguson, who has lived in North Carolina for the last 23 years. “One of the best things was every time people came in, they’d say, ‘Oh, I can remember my grandfather coming here and I want my kids to come here.’ That’s all you heard all the time.”

Ferguson describes it as an old store, but that was really its charm, complete with a slow credit card machine and a lack of air conditioning. What Godwin’s Market did offer was warm service with a smile and shelves stocked with groceries, ice cream, beach supplies, fishing gear, beer, wine and ice.

“Uncle Bill and Aunt Mary’s philosophy was if someone came in and asked for it twice, then they would try to carry it,” Ferguson says. “And so, they had just all this stuff and sometimes, I wouldn’t know that we’d have it. … The people loved it, you know? And they loved Mary and Bill. 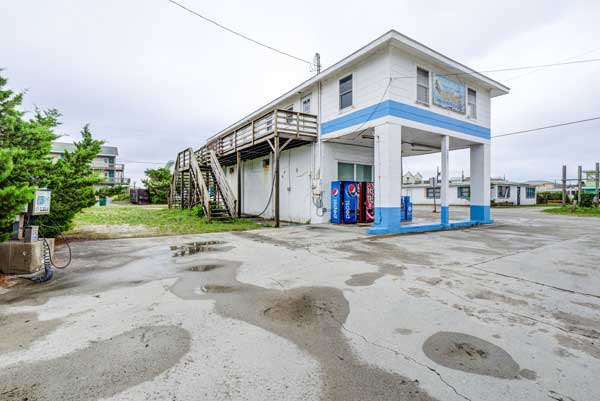 “The island loved it, and the people really connected with it,” she continues. “Anytime I went out with my aunt, I used to always kid with her that I don’t have a name, I’m just ‘Mary’s niece.’ Everyone knew Mary and the store because it’s been there forever.”

After Godwin’s death, Ferguson was hoping to hold a celebration of life service in honor of her Aunt Mary Godwin, but things were forced to be put on hold because of COVID-19. In addition to her dear husband, Bill, Mary is preceded in death by her sisters, Anna O’Brien, Katherine “Kay” Duggan and Patricia Johnson, and brothers, Peter Grealish Jr. and John Grealish. She is survived by her sister, Joan Chavez of New Mexico, and many nieces and nephews.