A 19th Hole Worth Waiting For

When a brewery owns a golf course and has plans to open a massive beer garden as the 19th hole, times are good.

Anyone who has ever golfed knows of that magical oasis called the 19th hole. It’s where you kick back and relax over beers or other concoctions to reminisce, mourn and wax poetic about the makes and misses you had on the links.

The only golf course in the country that is owned by a brewery has a 19th Hole too, and it’s located in Hampstead. Right now, it’s just a small Beer Shack serving four or five Ironclad beers from its brewery based in Wilmington.

But give it time.

When its 30,000-square-foot astroturfed Beer Garden, with a full restaurant, seating for hundreds and outdoor entertainment, opens later in 2021, there will be nothing else like it — anywhere.

The brainchild of Ironclad Brewery owner Ted Coughlin, who describes himself as a guy who loves to have fun, Ironclad Golf & Beer Garden occupies the land where the renowned Belvedere Golf Course in Hampstead used to be. Coughlin bought and renovated the golf course and is building the beer garden to provide an unforgettable place to have fun. The facility includes a driving range, 18 holes of golf, night golf and Ironclad’s craft beer and seltzers at the 19th hole. 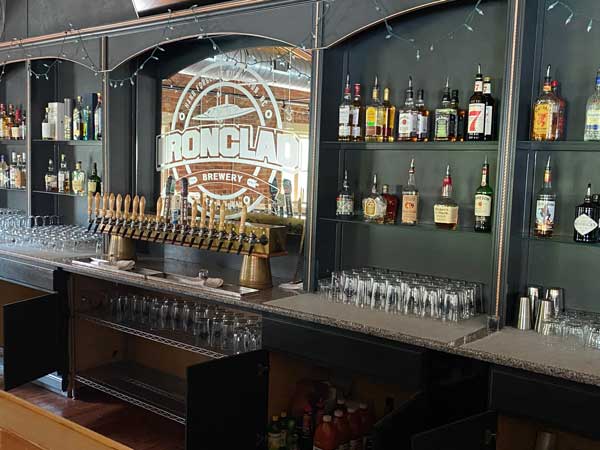 Coughlin established Ironclad Brewing in the heart of historic Wilmington in 2014, an unlikely move for someone who studied electrical engineering.

“My electrical engineering mates and I began home brewing after college upon tasting Sam Adams Boston Lager,” Coughlin says. “We had fun, even though our fast-acting yeast exploded many of our bottles at first. And we occasionally made a decent drinkable beer.”

Situated in a building from the 1920s that required extensive renovation, the two-story Ironclad Brewery space not only houses a brewery and taproom but also serves as a popular event venue. Weddings, engagements, corporate parties and other events are held there often, and in 2019 the building saw 165 separate events unfold in its cavernous interior.

Yours truly can attest to the quality of some of the beers. The Smoked Honey Lager and Expedition Ale are top-notch, the Coco Porter is nicely balanced, and Coughlin’s suggestion of a “most interesting beer,” Zola Chai Brown, definitely complements the fall season.

Opening the downtown Wilmington venue came with challenges. The floorboards from the original second floor were painstakingly preserved and re-purposed into a dramatic balcony that looks down on the gleaming tuns. Broken cast-iron pipes under a six-inch cement floor had to be dug up and replaced, and one of Coughlin’s biggest worries was the accidental discovery of human bones — a farrier and a funeral home once occupied the space. Fortunately, none were found.

As Coughlin declares, perhaps prophetically, ”It always takes longer and more money than you expect.”

Coughlin’s renovation experiences serve him well as he tackles the Herculean task of restoring the venerable Belvedere Country Club in Hampstead, which had fallen into almost total disrepair.

I say “almost total,” because the former superintendent of Belvedere lingered on the periphery after Belvedere closed, and, at his own expense and time, took painstaking care of what he could at his beloved golf course. That he is now the new superintendent of Ironclad Golf Course — with a house on the course — only seems right. Even private homeowners in proximity felt so fondly about the course that they would frequently pay kids to mow and trim the grounds of various holes. That’s some serious love. 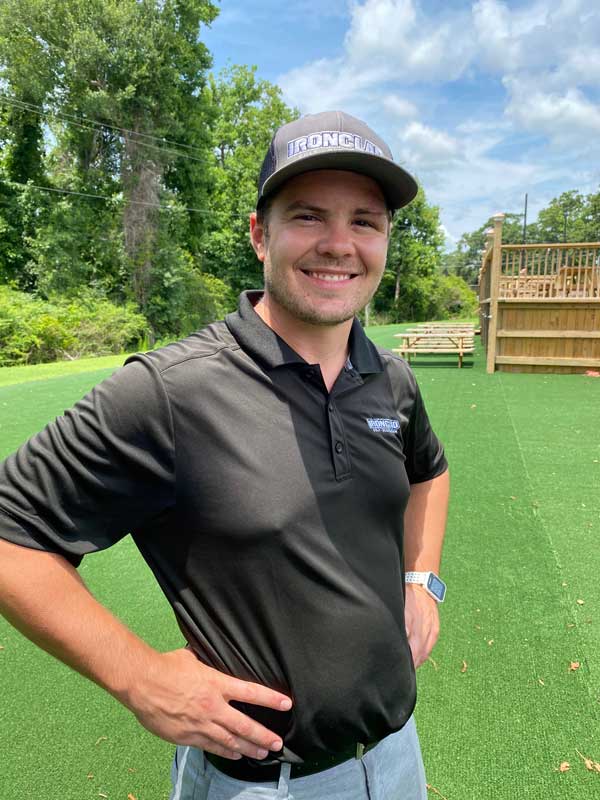 That may augur well, as Ironclad, while not likely to be on the PGA Tour anytime soon, is probably going to be a favorite with the locals in Hampstead, Topsail Beach, Surf City, Sneads Ferry, et.al.

Besides its Belvedere connection, Ironclad has some solid golf pedigree, given that one of Coughlin’s elementary school friends is Derek Sprague, past president of the PGA and the guy now running things at Sawgrass. John Fackler is the Ironclad pro, and he and his able assistant, Patrick Hamilton, worked previously at Carolina National in Bolivia.

While I like Coughlin’s relaxed “proper attire” rules (“We just ask that you wear a shirt … this is going to be a workingman’s golf course,” he says), I hadn’t swung a club in close to four decades. So, I sent a surrogate, a friend known as T-Bone, who has a pretty solid record of playing golf at famous courses around the world, to play it for me. T-Bone has played Pebble Beach dozens of times, Carnoustie, Ballybunion, Pinehurst #2, Gokarna (the highest golf course in world), Ushuaia, Sawgrass, St. Andrews and Old Head. If anyone could give me an honest review of Ironclad, I knew he could.

Herewith are his first-person observations, edited for space:

“As you told me it would be, it’s a work in progress; however, they are building off a good foundation. The course itself (fairways) were in great condition for this time of the year. The greens were outstanding, though a few had bald spots. But the ball rolled true, and the speed was very, very consistent from green to green — and FAST! And … the green sizes were very large. Did not have a single three putt! Almost every single green was elevated, meaning you better bring a good short game skill to the table to chip it close to the hole. The crape myrtles spread throughout the course added a lot of color and good visual impact.” 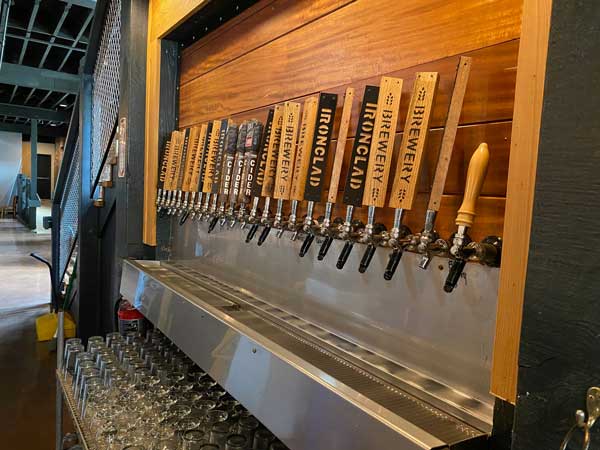 T-Bone, who made the 2.5-hour drive from Myrtle Beach, added: “This course was designed for high handicap golfers or for neighborhood people who want to get some exercise.”

So, it sounds like it’s going to appeal to the local gentry. And now Coughlin’s prophetic comment becomes apropos: ”It always takes longer and more money than you expect.”

Though it is indeed a “work in progress,” there is no doubt that Ironclad Golf Club will eventually get there, and the Beer Garden will very likely be a large draw. And when it does, you’d better grab a good picnic table after your round is over, because you’ll likely be staying a while. It’s designed to be a welcoming, family place. And there’s no rule that says you can’t enjoy a work in progress.

In the meantime, go have some fun, play some golf and drink some Ironclad beers in the Beer Shack. Because, if you think about it, we’re all works-in-progress.

And for what it’s worth, there’s one brew at the current Beer Shack that I thought was super — and appropriately named — Hoppy Gilmore.